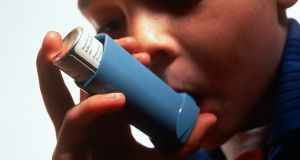 The Asthma Society of Ireland has been to the fore in campaigning for a national coal ban for decades.

Emeritus board member Ann Robinson, from Enniscorthy, Co Wexford, became involved in the society following the death of her 21-year-old son Alex from an asthma attack in 1987.

“Alex died because he wasn’t on the proper medication, not directly because of air pollution. But even though we didn’t live in the city, I’d still hear him coughing at night when there was smoke in the air.”

Ms Robinson is herself asthmatic, as are her other seven children.

“It’s hereditary, I’ve had asthma since I was three. I’m a good age now, and in the winter I can’t go out unless it’s in the car. You can smell the smoke around the town.”

Ms Robinson said she would favour a national ban.

“The whole county should be designated smoky coal-free. It will save lives.”