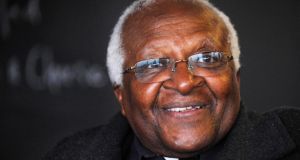 They are among a group of signatories supporting the call by peace and justice group Afri, while the Front Line Defenders human rights organisation also said policing of the Corrib gas dispute should be included in “any Government inquiry” into Garda accountability.

“Front Line Defenders believes that any inquiry should have broad terms of reference that should include reviewing the policing of the Corrib gas dispute,” its deputy director Andrew Anderson said.


Series of incidents
They say local residents in north Mayo were subjected to a series of incidents, ranging from assault to serious injury, from 2006 onwards, when gardaí were deployed in large numbers to police the gas project, and had “exhausted all available means of redress”.

Residents have submitted reports to the Garda Síochána Ombudsman Commission (GSOC), the Minister for Justice and the Garda Commissioner without any satisfactory outcome, the Afri statement said.

A GSOC finding that a superintendent had been “in breach of discipline” for his handling of a protest at Pollathomas in 2007 was not acted upon by the Garda Commissioner, the statement said.

A total of 20 people were injured in the protest.

Afri noted that in 2008 GSOC sought permission from the then minister for justice, the late Brian Lenihan, to conduct a “practice, policy and procedure” review of the policing of the Corrib gas project, but this request was denied.

“ Such a review was also a recommendation of the UN special rapporteur on Human Rights, Margaret Sekaggya, following a visit by her to Ireland in 2012. It is now past time for this situation to be rectified,” it said.

Last year, Ms Sekaggya called on the Government to investigate all allegations and reports of intimidation, harassment and surveillance in the context of the Corrib gas dispute.