Another Life: Fun for everyone with synthetic biology

Syn-bio provides cheap, standardised, off-the-shelf ‘bricks’ of DNA that build new forms of organism. But many fear it could get out of control 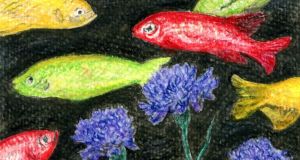 Browsing on the multitude of entries for the recent BT Young Scientist & Technology Exhibition and noting, with pleasure, their many explorations of the natural world, I came upon the study entered from Marian College in Dublin.

In the category for social and behavioural science, Dorian, Ewan and Dean had used “surveys to investigate misconceptions about GMOs among teenagers and adults, but also showing how scientifically proven benefits are poorly portrayed to the public”.

Such a positive spin for genetic engineering would have gratified the agribusiness multinationals and the many Irish scientists frustrated by lack of domestic support for GM (genetic modification) field research. It could also speak for the independence of thought at the college, which has seven science teachers. And it took me on to explore the fortunes of GM’s even less widely understood and appreciated offspring, synthetic biology – “syn-bio” – or the shaping of new life.

News about syn-bio’s arrival in Ireland was reserved for the business and technology pages, given its potential for enterprise and profit. “IndieBio kicks off with nine new synthetic biology startups: Cork-based accelerator teams early stage companies with mentors and support” ran a headings in this newspaper last July, when University College Cork provided laboratories for a three-month syn-bio development programme.

How does syn-bio differ from GM ?

Genetic engineering has been a cut-and-paste technique in which existing lengths of genetic information producing a useful characteristic are taken from one organism and pasted into another, thus developing a new breed of plant or animal. Synthetic biology designs and constructs new DNA sequences from scratch. Combining engineering, chemistry, computer science and molecular biology, it provides cheap, standardised, off-the-shelf “bricks” of DNA that build new forms of organism.

To some, syn-bio is the postindustrial advance that lets humankind take over from evolution in the future shaping of life forms. For the arguments of this approach, read a 2009 New Yorker article, “A Life of Its Own” (at bit.ly/1RvVnuf), about Jay Keasling.

He led the scientists who, with enormous funding from the Bill & Melinda Gates Foundation, used syn-bio to produce cheap, semi-synthetic artemisinin for the global treatment of malaria. Production of the drug, normally derived from sweet wormwood plants (Artemisia annua) grown by tropical farmers, began in Italy in 2013, to protests that it could make many third-world livelihoods redundant. Similar consequences have been feared from syn-bio manufacture of saffron and vanilla, valuable plant-derived flavourings.

Syn-bio design of plants to accommodate climate change is being considered by the Global Alliance for Climate-Smart Agriculture, of which Ireland is a member. This has brought resistance from civil movements apprehensive of its monopoly by multinational corporations.

Such weighty considerations seem trivialised by the incidental syn-bio production in the United States of pet fish in new fluorescent colours, new blue carnations and house plants that glow (not very brightly) in the dark. Real human benefits are the more common promise of syn-bio, along with helping threatened species of wildlife: synthesised horn to save rhinos, ambergris to save whales, synthesised blood of horseshoe crab for clinical use.

Much idealism and excitement marked last summer’s three-month “start-up” programme in UCC laboratories. Gathered from Austria, Canada and France as well as Ireland, the projects included a peanut without allergens, a yogurt that helps people to live longer and an ocean-friendly fish-farming feed. Support came from financial investment, laboratory space and biotech mentors.

Notable among them was Cathal Garvey of Cork, sometime PhD student in genetic cancer research, who switched track to become “a full-time biohacker”. Setting up his own syn-bio lab in a spare bedroom and using 3D computer printing in building a centrifuge and other cheap equipment, he proceeded to design new DNA chromosomes.

He makes an engaging ambassador for synthetic biology, and his enthusiasm for making it cheaply and openly accessible, even as an independent “hobby”, runs through a videoed lecture to a 2014 indiebiotech.com, SynBio Future conference.

Wider access to syn-bio technology, outside the control of even Monsanto, can be presented as enriching the world. In a fascinating, widely cited article in the New York Review of Books, the veteran scientist Freeman Dyson predicted: “Domesticated biotechnology, once it gets into the hands of housewives and children, will give us an explosion of diversity of new living creatures, rather than the monoculture crops that the big corporations prefer. New lineages will proliferate to replace those that monoculture farming and deforestation have destroyed. Designing genomes will be a personal thing, a new art form as creative as painting or sculpture.”

That sounds fun – or is it? Many fear it could get out of control, or yield too much power to agribusiness. Others object to “playing God” with life, if not usurping natural evolution. But how soon, I wonder, will it be winning prizes at the BT Young Scientists exhibition?