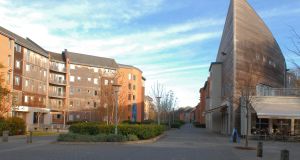 The university will also host a live post-debate analysis show capturing commentator’s reactions which will be broadcast from campus directly after the debate. Photograph: Press 22

The University of Limerick will host the first ever RTE general election TV debate to be held outside Dublin.

The event will be broadcast live from the University Concert Hall as part of RTE’s Claire Byrne show on February 15th.

The university will also host a live post-debate analysis show capturing commentator’s reactions which will be broadcast from campus directly after the debate.

Students hoping to participate in the audience are likely to be disappointed as a private polling company has been appointed by the Claire Byrne show to independently select the audience.

Commenting on UL’s plans to host the debate, the university’s director of marketing and communications, Mark Mulqueen, said: “Leader’s debates have a prominent place in Ireland’s general election folklore.

“One of the first took place in February 1982 with Garret Fitzgerald and Charlie Haughey. Even in this digital age, this association connects UL with audiences nationwide through an occasion of real importance, so we’re delighted to host RTE and party leaders next week”.