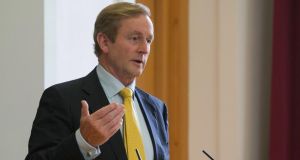 The Taoiseach, Enda Kenny, has formally launched a new Energy Institute which will bring together energy researchers from industry and academia.

The institute, based at University College, Dublin, has attracted €5 million in donor funding with further seed capital expected from the private sector, the EU and philanthropy.

Dr Hugh Brady, president of UCD, said the initiative will secure the supply of new graduates which is needed if the energy sector in Ireland is to thrive.

“It will supply a critical mass of world class researchers, multi-disciplinary engineers and scientists and trying to bring that research and working collaboration with the industry to ensure that Ireland is both producing its own knowledge [and] helping us to absorb the new technologies, the new policies from abroad.”

The goal is to build funding to €40 million as quickly as possible, he said.

Equivalent institutes around the world, he added, have around seven to 10 principal investigators.

A similar number is sought by the UCD institute around which a research team will be built.

Bright graduates
Dr David O’Reilly, formerly of Chevron, and now chair of the Energy Advisory Board at UCD said bright graduates were being drawn immediately into industry and away from the research field because of demand.

The University College Dublin initiative was to ensure that the two paths – towards industry and towards research and development – did not diverge so sharply.