Student diary: It’s time now to take a small break and catch up on what has been happening with the FAI 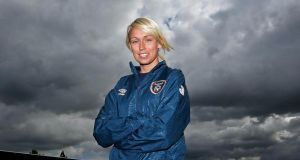 Disaster. I knew it was going to be bad, but it was worse. Ordinary maths was just question after impossible question. The way they were phrased, it was like we’d never studied them before. I made an attempt at every one but never gave what was asked for.

In some places I didn’t even use maths. The pen was useless in my hand. I would have been better off with a set of knitting needles.

Question 6 will haunt me forever. Complex number doesn’t begin to describe it. That function will still wake me in the night when I’m a middle-aged man with real maths problems.

On the bright side, when I left that hideous maths exam I discovered the rest of the country was in the same tailspin. My friend from another school texted me to say most of the people in her class were crying after it. Twitter was a bloodbath. I guess there’s some comfort in that.

The option question, the big one that everyone worries about, was actually quite nice. The subject of racial and ethnic mixing was a happy question for all of us who do geography in Adamstown. There are 60 different nationalities in this school and we all get on famously.

I’m spent now and I plan to take a small break. I need to catch up on what’s going on in the FAI. It’s all happening so fast! I turn 18 next week and my present is a ticket to the Scotland game. Now I’m hearing talk of a fan boycott – Nooooo!!! I’ve been looking forward to this for ages. Not only did the FAI take Fifa money, they’re also trying to ruin my birthday.

I’m trying not to have my faith in football shaken – I’m a trainee coach at Peamont United (alongside the amazing Stephanie Roche – sometimes) and I plan to complete my coaching badges as soon as these exams are over. I’m going for the Youth Cert, so I hope this FAI thing gets sorted soon. It’s bad enough having your faith in the basic fairness of the exam system undermined. I couldn’t face a betrayal by the FAI to boot.

So I’ll take one day off to lick my wounds. Then I need to set about performing a miracle: saving maths. If I can pull paper 2 out of the fire maybe I can pass this thing after all. Unless I got 15 per cent on Paper 1. Even I can do the math.