Tom Boland: We finally know for sure how our colleges are faring

Opinion: The system has performed well against all national objectives, which is not to say that no problems exist 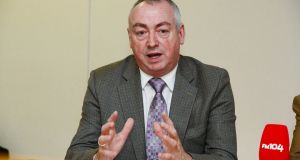 Ireland invests €2 billion in its higher education and research system each year, almost two-thirds of which is provided by Irish taxpayers. Up to now we have had a generalised view – typically very positive – of the contribution higher education makes to our society and economy. We can now test that view.

For the past two years the Higher Education Authority, working closely with the Department of Education, has been spearheading a new approach to the performance of our higher education and research system. Under this new relationship, the Government sets out what is expected from the system under seven headings, including meeting skills needs, equity of access and excellence in research, and knowledge exchange.

Each institution entered into an agreement with the HEA regarding which of the national objectives they would focus on, given their strengths and mission. These agreements provided metrics to assess performance.

Late last year the HEA, in dialogue with the institutions, concluded the first round of performance reviews and made funding decisions based on performance against each agreement. The results have just been published on the HEA website.

The HEA will shortly provide to the Minister and Government a report on the overall performance of the higher education and research system. This report will be published. The system has performed well against all national objectives, and very well considering significant cuts to funding and staffing levels.

A number of aspects are notable in respect of individual institutional performance. Although all institutions engaged constructively in what was a very new process, performances varied.

All the universities and 10 other colleges and institutes of technology demonstrated a high level of performance and a strong capacity to plan strategically and manage their affairs. Six institutions met the performance level expected but have areas of weakness to address.

Three institutions, which did not meet the agreed performance level, now face a potential funding penalty.

This process of performance review by the HEA is not an exercise in finger-wagging and punishment. Some might feel the test of effectiveness of this new approach would be hefty penalties, but this would be entirely the worst outcome, signalling a wholesale failure of the institutions. It would also not reflect the reality of a high-performing system.

Neither are the outcomes intended as a ranking of institutions. Missing stretch targets in a time of significant financial constraint is not a crime, but there has to be an understanding on the part of the institutions of the reasons behind their performance and a strategy to address any deficiencies.

In the case of the three institutions that are under threat of a funding restriction, they can avoid that outcome by submitting to the HEA over the next few weeks a convincing plan as to how they will deal with the identified shortcomings.

Overall, this process is designed to encourage higher-education institutions to act strategically, to prioritise and to differentiate their offer. In this way they are more likely to be in a position to respond to national needs in an uncertain future.

Ireland is among a small number of jurisdictions engaged in similar reforms.

Last week the HEA convened a meeting of representatives from seven such jurisdictions. By any international benchmark Ireland is in the vanguard of this movement to ensure higher education and research is accessible, efficient, of the highest quality and relevant.

However, challenges in Ireland’s higher education sector persist, which need to be addressed to ensure we attain and maintain world-class standards.

Arising from our review of performance, particular concerns of the HEA included gaps in how institutions plan to address the difficult financial environment in which they operate, a lack of strategic coherence with some institutions trying to do too much with the resources available, and a risk of overtrading in research or international education to the detriment of other core areas.

The best institutions worked to benchmark their performance with national or international leaders, and this behaviour needs to be mainstreamed right across the system to further guarantee all institutions are performing to best-in-the world standards.

All that said, the higher education and research system offers proof to those who fund it, and rely on it, that it is meeting national needs.

It also offers a template to other parts of the public service of how performance can be subject to a process of intense and ongoing scrutiny, the better to ensure services meet both the quality and scale the public require.