The ASTI to consider discussions on TUI merger 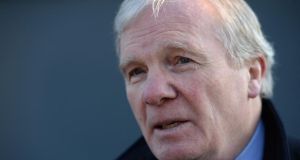 Pat King, general secretary of the ASTI. The secondary teachers union is to consider a motion at its annual congress on whether to open discussions on a merger with the TUI. Photograph: Dara Mac Dónaill/The Irish Times

The secondary teachers union the ASTI is to consider a motion at its annual congress next month to open discussions on a merger with the TUI.

However, the two unions currently disagree over whether Minister for Education Jan O’Sullivan should be invited to address their respective conferences.

While the TUI has issued an invitation to Ms O’Sullivan to attend its congress in Wexford, the ASTI has yet to issue an invite to the Minister for its three-day get-together in Killarney.

The issue was due to have been discussed at the ASTI’s executive committee meeting last month, but the meeting was consumed with talks over the junior cycle dispute.

It is understood there is a difference of opinion within senior ranks of the ASTI as to whether Ms O’Sullivan should be invited.

During last year’s congress Ms O’Sullivan’s predecessor Ruairí Quinn was loudly interrupted and heckled during his speech, forcing ASTI officials to apologise to the then minister.

The ASTI’s next executive committee meeting is at the end of March, which is regarded as too late to issue an invite, and there are no plans for an emergency meeting in the interim to consider the matter.

Among the other motions tabled for the ASTI congress include a call for the public service pension levy to be removed, and a plea for changes to promotional and sick leave arrangements.