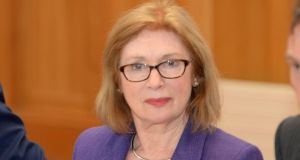 Teachers will assess own their students in two classroom-based projects for each subject under the latest junior cycle reform plan published on Friday and signed by Minister for Education and Skills Jan O’Sullivan. Photograph: Dara Mac Donaill

A compromise reform plan for the junior cycle will “deliver the best of both worlds” for secondary students, Minister for Education and Skills Jan O’Sullivan has said.

Rejecting suggestions of a climbdown, she said the revised plan would herald improvements that “have been a long time coming”, blending the existing written examination with new classroom-based assessments.

The deal was agreed on Wednesday between the Minister and the leaders of the two unions representing secondary teachers.

However, the details were only circulated on Friday morning to the executive committees of both the Association of Secondary Teachers Ireland (ASTI) and the Teachers’ Union of Ireland (TUI), which held separate meetings to decide whether to put them to a ballot of members.

Both agreed to do so after meeting for six hours.

In a joint statement, ASTI President Philip Irwin and TUI President Gerry Quinn welcomed the new proposals but said that a number of outstanding issues had to be settled before members could be balloted.

The unions want clarity “on the key issues of time and resources”, and once this is achieved the executive committees will meet again to decide whether to recommend the proposals in the ballot, which has been provisionally scheduled for September.

Under the plan, teachers will assess their own students in two classroom-based projects for each subject, but crucially these assessments will be recorded separately from exam grades.

Teachers will also supervise a written assessment task completed in class, which will focus on skills and competencies developed during the junior cycle.

This will be marked by the State Examinations Commission (SEC), which will also continue to mark the formal exams at the end of third year.

As is current practice, the SEC will issue a statement of grades each September. But these will now be recorded on a Junior Cycle Profile of Achievement to be issued by each school shortly thereafter, alongside students’ achievement in the classroom-based assessments and new teacher-assessed short courses.

In this way, the unions have secured a key demand that teachers would not assess students for state certification purposes.

In a further reassurance to teachers, the document “Junior Cycle Reform: Joint Statement on Principles and Implementation” says: “It is agreed that the reforms will not impose additional workload on our teachers. It is also acknowledged that teacher practice will adapt and develop significantly as a result of these reforms.”

The key reforms are:

– Students will study a maximum of 10 subjects, whereas currently there is no limit;

– Schools will offer short courses in areas like computer coding, and Chinese language; these will involve 100 hours of learning – roughly half of an ordinary subject – and will be evaluated through classroom-based assessment.

– A new compulsory subject of “Well Being” will be introduced, incorporating Physical Education; Social, Personal and Health Education (SPHE), including relationships and sexuality; and Civic, Social and Political Education (CSPE);

– While this new course is developed, the existing CSPE syllabus will be retained until 2018 and taught in addition to the 10 subjects;

– For every student, teachers will carry out two structured classroom-based assessments, one each in second and third year;

– A written assessment task supervised by teachers in class will be completed in third year and marked by the SEC;

– Written exams at the end of third year will be shorter – no longer than two hours;

– A Junior Cycle Profile of Achievement will be issued to students by their schools; this will record learning arising from short courses; classroom assessments and the results of state exams;

– No further delay in rolling out the programme, with classroom based assessments to begin next year for English;

– Because they are the first cohort affected, English teachers will be given priority training; schools will be afforded flexibility in the first year and can chose to carry out the initial classroom based assessment in Spring 2016 (in second year) or autumn 2016 (the start of third year) for the first junior cycle class to come under the programme.