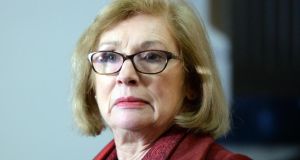 Talks between secondary teacher unions and the Department of Education aimed at averting further strike action adjourned on Monday night without agreement being reached.

The department has asked the independent chairman Dr Pauric Travers to reflect on the discussions that took place, and to prepare for the consideration of both sides a proposal that he believed would provide “a fair and equitable basis for progress”.

The unions have stated that they will bring this suggested course of action to their respective executives for consideration on Friday.

Minister for Education Jan O’Sullivan has indicated her willingness to consider any proposal from Dr Travers.

The discussions lasted for well over 12 hours, ending shortly after 11 pm. They followed a full day of meetings last Thursday.

If the unions agree to Dr Travers drafting a compromise proposal further talks will resume next week.

The Association of Secondary Teachers Ireland (Asti) and Teachers Union of Ireland (TUI) have held two one-day strikes over the plan for teachers to assess their own students as part of the new Junior Cycle Student Award (JCSA).

As well as threatening a third strike date, secondary teachers are refusing to cooperate with the introduction of the new JCSA curriculum, including planned short courses in subjects such as computer coding and Chinese.