Student loans: the experience in Australia

An expert group is likely to back a student loan scheme for third level. Let’s see how it has worked out in Australia 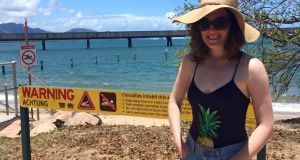 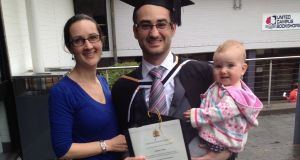 Jim Tosh, his partner Sam Turner and their daughter Leila 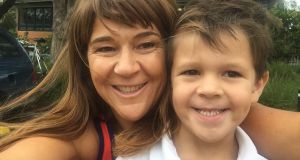 Jo Buckley and her son Thomas

After seven years of spending cuts, rising student numbers and falling staff levels, there is broad agreement that higher education is under pressure as never before. Trying to get agreement on how to tackle the problem, however, is another matter.

An expert group on the future funding of third level is due to complete a report shortly that will set out a number of options. It is expected to lean heavily towards an income-contingent loan scheme, which means graduates would begin to pay tuition fees when their income reaches a minimum threshold.

Australia was the first country in the world to introduce such a system more than 25 years ago. So how has it worked out there? And should Irish graduates be worried about the prospect of shouldering a lifetime of student debt?

The system, known as the Higher Education Contributions Scheme (Hecs), allows graduates to pay their fees either upfront or through the tax system once they begin earning a certain amount.

Currently those earning less than 54,130 Australian dollars (about €34,000) per year do not have to make any payment towards their Hecs debt.

Once graduates reach this threshold, they pay about 4 per cent of gross income, or about $2,200 a year. This works out at about $40 a week.

At higher rates of income, this can rise to 8 per cent. Although the debt rises with inflation, it does not incur bank-style interest. If there is such a thing as “good debt”, say personal financial advisers, this is it.

In the mid-1990s, for example, the conservative Liberal-National coalition won power and introduced higher charges for graduates in areas where they were likely to earn more, such as medicine and law. The current Liberal-National administration has sought to fully deregulate fees, allowing colleges to charge what they want– but has been blocked by opposition parties.

With an election due within six months, the issue is back on the agenda. Labor, the main opposition party, has been campaigning against deregulation, saying the cost of fees will soar and warning that talented students will be put off higher education.

Bruce Chapman of the Australian National University in Canberra, who was one of the original designers of the income-contingent loan system, does not think the government will continue to push this agenda.

Despite all the tinkering and amendments, Prof Chapman says the Hecs system is broadly the same one that was brought in more than 25 years ago. “There is no doubt the parameters are quite different and the fees have gone up and the first income threshold has gone down. But if someone was to say to me, ‘Is the essence of the system still there?’ I would say the answer is yes.”

“There is no good reason why someone working as a banker in London or New York and earning over the threshold shouldn’t pay back what they owe Australia,” the then education minister Christopher Pyne said.

If this is a problem in Australia, it’s easy to imagine it could become a far bigger one in Ireland.

Many students and graduates grumble about rising costs and worry that the government will move away entirely from subsidising costs in future. “I think there will be a generation of people who may not be able to afford to go to university ,” says Jo Buckley, who spent five years paying off just one year of her degree course.

But many other students see the positive side to income-contingent loans. Tom O’Donoghue, who is originally from Waterford, is a professor of educational research at the University of Western Australia in Perth. He says it could be a better alternative to the Irish system of “free fees”, with its €3,000 upfront charge.

The Australian system takes the parents’ financial situation out of the equation completely, he notes.

“At 18 you are old enough to get married or to buy a house; you are an adult to all intents and purposes,” O’Donoghue says.

“But the mindset in Ireland is locked into parental means. What parental means should have to do with you at that age is beyond me.

“You are the person who will yield the financial benefit from it. Having parents as part of the equation at that stage is unjust.”

Chapman is reluctant to offer advice for any Irish government looking to introduce a similar system into Ireland, beyond the following. “I hope they would do it in a careful and considered way,” he says. JIM TOSH, CANBERRA ‘It comes out of my salary. I don’t even notice it’ “Up until my generation, my family on both sides were locked out of university. But my two brothers, my sister and I have all gone to university.

“It’s by no means perfect, though. Hecs repayments are becoming an increasingly bigger burden. When prime minister Bob Hawke brought it in in 1989, it was a small fee and people were concerned it would just be ratcheted up from there, and it has been.

“I finished my degree part-time over several years. My debt was around $40,000 (€25,000). It took me 16 years to pay it, and I earn a decent wage. It means there are a lot of people who will be paying off their debt for another decade or two to come.

“Hecs is demonstrably better than the US system, but there are problems with it. Costs keep getting added to it, and this is the direction Australian universities are heading.

“Irish voters should remain wary of governments pushing the envelope on fees like ours have over the years.” BRIDIE JABOUR, QUEENSLAND ‘It’s fair but it’s by no means perfect’ “I got half of my degree as scholarship and have to pay for the other half. I wouldn’t have been able to pay for even half of it if there wasn’t fee help.

“I think it’s a fair system, because you are never going to get a loan on better terms. It’s essentially interest-free, even though they do adjust for inflation.

“My degree cost $40,000 Australian dollars (€25,000) and I’m still paying it. It comes out of my salary pretax. I don’t even notice it. You don’t have to pay anything unless you are earning a certain amount of money, and I think that benchmark is fair as well.

“People argue for free universities, but I don’t think that actually helps people. What helps poor people get to university is subsidised accommodation and help with getting textbooks.

“My mother is a Boyle from Derry, and I have cousins in Limerick, too. I would tell them that Hecs is a fair system and far better than any multi-thousand euro upfront fee. I would have struggled to pay a fee like that. I would have had to get a bank loan.” JO BUCKLEY SYDNEY ‘It’s getting like the US. We will be paying more and more’ “I am firmly anti-Hecs. The system brought in here is quite different to what it is now and to what it will probably end up being when my son is grown up and ready to go to university.

“I think there will be a generation of people who may not be able to afford to go to university and to incur the massive debt that comes with it.

“As s each year progresses, Hecs keeps changing. It’s definitely moving towards the individual paying full fees, rather than the government funding people to go to university and giving them the opportunity to better themselves, get a job and provide for their children.

“I think Hecs, the way it’s heading, is getting like the American system, where we will be paying more and more.

“It’s important it’s financially accessible to all and that if you choose to go to university you still have a chance to provide for yourself and your family post-university, be able to save for a house deposit, afford a mortgage and save for your children’s college fund.”