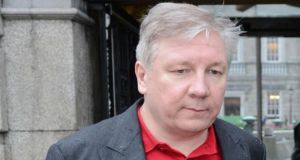 The Minister for Education’s plans to encourage the Catholic Church to transfer patronage of primary schools will make the situation worse, Atheist Ireland has said.

At present more than 90 per cent of the State’s 3,200 primary schools are under Catholic patronage. However, efforts to provide greater choice for parents have proven slow and divisive.

Minister for Education Richard Bruton says the Government is planning to increase the number of multi-denominational schools to 400 within the next 15 years, through a combination of new schools and an accelerated process of divestment.

Chairperson of Atheist Ireland, Michael Nugent told Newstalk Breakfast that while on the surface the Minister’s plan seems to be addressing the problem, “in fact it is making the problem worse.

“The Minister is essentially saying we need more different types of schools but the Oireachtas Education Committee concluded when it was examining the Admissions to School Bill some years ago, based on briefings from Atheist Ireland, that the patronage system itself with multiple patrons with multiple ethos, leads to segregation and inequality in the education system.”

Mr Nugent said that at best, under the Minister’s proposal, 400 schools out of 3,500 will enable some secular families to have access to schools that are not as Catholic as the others.

Mr Nugent suggested an interim step which would be to change the rules without handing over land or changing patron.

“Nine different sets of United Nations and Council of Europe committees have told Ireland that the way the schools are run is breaching the human rights of atheists and minority faith children and teachers.

“What the State could do is change the rules on how they run the curriculum - that they will not indoctrinate children.

“They can stop integrating religion throughout the curriculum. At the moment, even if families opt out of religion they are not able to avoid Catholic ethos.

“As an interim measure it would not require State investment, just a change in policy and curriculum.

“The curriculum should be delivered in an an objective, critical and pluralist manner.”