More than 800,000 waiting to be seen at a public hospital for assessment or treatment 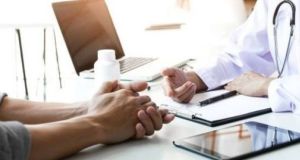 The overall total of patients waiting climbed by almost 6 per cent since the end of February. Photograph: Getty Images

The number of patients waiting to be seen at a public hospital for assessment or treatment has climbed to the highest ever recorded level since the outbreak of the coronavirus pandemic.

More than 800,000 inpatients and outpatients were waiting at the end of June, according to new figures released by the National Treatment Purchase Fund.

The overall total of patients waiting climbed by almost 6 per cent since the end of February.

The increase is steepest among in-patient waiting lists, which climbed by some 26 per cent.

Of the 800,000 on waiting lists, the figures show that almost 220,000 have been waiting a year or more. This represents an increase of almost 30 per cent since last February. Similarly, the rise is most dramatic among in-patient cases which have jumped by some 70 per cent.

A rise in numbers was expected following the suspension of planned procedures and outpatient clinics due to Covid-19.

However, the Irish Patients’ Association said the increases represented a “massive surge” and required an urgent response.

Stephen McMahon, the association’s spokesman, said they suggested there was little utilisation of the private hospital capacity for public patients on waiting lists.

“With a price tag of €115 million per month we had expected to see some inroads on these numbers in the month of June 2020,” he said.

The association says urgent action is needed to tackle non-Covid-19 care and has called for an emergency public health team to oversee this.

“This is another major public health emergency. Such growth in waiting lists numbers, particularly the length of time waiting, is a huge patient safety issue coupled with a looming winter surge in our emergency departments and a possible resurgence of Covid-19 if containment measures fail,” Mr McMahon said.

“This stark analysis of figures between February and June of this year shows huge increases in patient and our patient appointments especially for those waiting more than 12 months.”