Philosophy in schools: how other countries do it 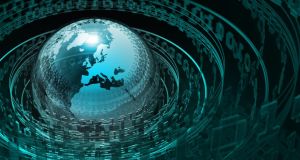 France
France has a long tradition of teaching philosophy in the final year of secondary education and there have been recent attempts to roll it out to the penultimate year too. Philosophy at primary level was started in some schools in 1996 “with the process speeding up considerably from 2000 onwards”, according to a Unesco report.

Germany
Typically offered in the last two years of high school, philosophy also has a presence in literature courses earlier in the secondary cycle. In some regions, it is offered as an “alternative subject” to religious studies. New teacher-training programmes have sprung up to encourage philosophy at primary level.

Austria
Offers philosophy at secondary level and introduced P4C on a pilot basis in 1981. It has since reached more than 4,000 teachers and 10,000 children in the country.

US
P4C (Philosophy for Children) was developed and introduced in the US by Matthew Lipman in the late 1960s. It remains on the periphery rather than the core of the curriculum, with programmes in an estimated 4,000 elementary schools. It has perhaps best taken hold in Hawaii. Teaching of philosophy in high schools generally takes place through English classes.

Italy
The country’s traditional liceo classico curriculum placed philosophy as a core subject, along with the likes of history and literature, although not everyone takes it. There are a number of experimental P4C initiatives at primary level.

UK
Between 2,000 and 3,000 schools have some form of P4C on their curriculum. There is a vocal campaign aimed at making philosophy a core subject at secondary level. One study in London showed that 66 per cent of children who received a weekly philosophy class went up at least one grade in English compared with 42 per cent in the control classes.