Over €3 million spent on technological universities 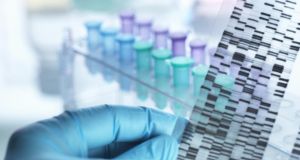 The creation of a technological university in Dublin under the TU4Dublin bid, involving the three institutions, is due to cost €23.8 million over three years. Photograph: Getty Images

Over €3 million has been spent so far on developing Technological Universities in Dublin, Munster and the south-east, with most of the money going on pay and professional fees.

A breakdown of spending on the Technological University designation process has been supplied to the Public Accounts Committee, whose members have expressed concern about the high cost of the project.

It comes as management at Dublin Institute of Technology (DIT) informs staff that its planned merger with IT Blanchardstown and IT Tallaght is unlikely to take place before September because of the Government’s delay in publishing legislation on the designation process.

The three colleges, which had hoped to announce their merger in advance of the next academic year, cannot legally become one until the legislation comes into the force.

Once the merger takes place they can begin the process of combining course offerings on the CAO prospectus.

A spokeswoman for DIT said missing the September target “matters a bit in terms of momentum but it does not interrupt play”, adding that the main body of work related to developing their combined activities rather than merging per se.

The creation of a technological university in Dublin under the TU4Dublin bid, involving the three institutions, is due to cost €23.8 million over three years.

Almost €1.9 million in costs had been incurred by the end of February 2015, including professional fees and consultancy costs of €385,000.

Pay costs of the TU4Dublin support team amounted to €1.4 million, a figure which did not include matching costs from the three institutions for the time spent on the merger by their presidents and senior staff.

Seán Ó Foghlú, secretary general of the Department of Education and Skills, who provided the cost breakdown to the committee, said local consultations over the latter project were continuing after the collapse of merger talks last year between Waterford IT and IT Carlow.

He said, given the recent changes in personnel with the governing bodies of the two institutions, the department had decided to extend these consultations further and the work would be completed in the coming weeks.

Mr Ó Foghlú said the Dublin and Munster consortia had committed to meeting the costs of the process within their own budgets.

“They also acknowledge that while there are up-front costs in the shorter term, in the longer term, designation as a Technological University will allow them to recoup these costs and provide for new income streams,” he wrote.

Lecturing staff at institutes earmarked for merger have expressed concern over what they see as cost-cutting aspects to the process.

TUI members in Waterford, Cork and Tralee have balloted to oppose any “forced” mergers, while staff at IT Blanchardstown had threatened industrial action this week over lack of consultation. That dispute was scheduled to be called off today (Thursday) following negotiations between the TUI representatives and management.

Another planned industrial action at DIT this week over a change in the academic calendar was called off after talks on Wednesday evening.