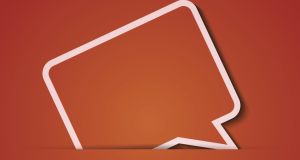 DuoLingo
(iPad/iPhone, Android, Windows: free, developed by Duolingo)
It’s hard to believe this is free, and that you’re not using it right now. It’s a rather extraordinary yet beautifully simple idea: users learn a language for free and, as they progress, help to translate documents and websites. So far, Duolingo offers French, German, Latin-American Spanish, Brazilian Portuguese, Italian, Dutch, Swedish, Danish, and Irish for English speakers. It’s arguably the single most useful and revolutionary app featured in this entire list.
Since its launch, it has become one of the most downloaded apps in the world.
It’s useful for primary-school children starting to learn a language, secondary-school students and college students facing exams, and any adult who just wants to brush up on their language skills – whether for that backpacking trip to South America or just because it’s about time you stopped talking about how you’d love to improve your Irish and just do it.
Who needs grinds or special language classes? That said, it’s much more suitable for serious language learners than it is for tourists looking to grab a few phrases.
Suitable for: everybody.
Babbel
(iPad/iPhone, Android: free, with in-app purchase options)
DuoLingo’s main competition. While it does cost some money, it is particularly useful for building up conversational skills or for people going on holidays or travelling and who need to build up a few phrases. There’s a decent selection of languages, including French, Italian, Portuguese, Spanish, English, German, Dutch, Danish, Swedish, Norwegian, Polish, Turkish and Indonesian.
Suitable for: everyone.
Cúla4
(iPad/iPhone, Android, free, developed by TG4)
A selection of Irish-language apps targeted at primary school children, and far more interesting than the achingly dull Irish-language projector (Mamaí, Daidí, liathróid, madra) that will be bitterly remembered by anyone over 30. Never again. These are very useful learning aids.
Suitable for: children, especially those who struggle with Irish.
EnjoyIrish
(iPad/iPhone: €1.99, Android, €1.68 developed by Maithu)
An affordable app for adults who want to brush up on their Irish-language skills.
Suitable for: ages 14 and over.
Sraith Pictiúr
(iPad/iPhone, Android, free, developed by PokeTheBear)
An app for Leaving Cert students, broken down into simple sets of discussions, vocabulary and useful phrases. It’s written by expert teachers and recorded by native Irish speakers in high-quality sound. Excellent and recommended.
YOUR FAVOURITE APP: If there’s a great educational app you’ve found that you’d like to share with other readers, please use the comment box below.