Mobsters who stay in school earn more from their business dealings 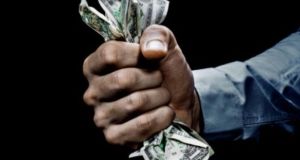 The ability to process numbers and think logically are beneficial in illegal activities such as racketeering and extortion, according to the study.

They say crime does not pay, but new research suggests that mobsters who stay in school earn more from their business dealings.

It suggests that even a wise guy at the bottom of the rank who completes an extra year in education can see his earnings rise.

The ability to process numbers and think logically are beneficial in illegal activities such as racketeering and extortion, according to the study by Essex University and the University of California, Merced.

Researchers examined data on over 400 members of the Italian-American mafia drawn from the 1940 US census and 1960s records belonging to the Federal Bureau of Narcotics.

The findings show that in general, one more year in school led to an 8 per cent rise in earnings, while for mobsters who were “business criminals” involved in crimes such as fraud, embezzlement, tax evasion and counterfeiting, there was a 16 per cent increase.

This was larger than the earnings benefit of an additional year’s schooling to a law-abiding US citizen of a similar age, living in a similar place.

The study, due to be presented at the Royal Economic Society’s annual conference in Brighton, England, concludes: “The mafia business is usually a mix of legal and illegal activities. For illegal activities like racketeering, extortion, loan sharking, etc, skills acquired in education, like the ability to process numbers, to think logically, etc, might indeed increase with education and be necessary for success in these mafia roles.

“Moreover, often times loan sharking would allow mobsters to acquire legitimate businesses which would also be convenient for money-laundering purposes. Returns to education in such activities are likely to be large too.

“We conclude that, at least for career criminals operating at a high level in complex organisations who perpetrate serious crimes, education is quite valuable.”

Report author Dr Nadia Campaniello of Essex University said: “The Italian-American Mafia is one of the longest running criminal operations in the world and conducts itself like a business corporation, with the boss as chief executive.

“Within that, more than one third of mobsters are business criminals, engaging in the more sophisticated crimes - and for them, we find that education really does pay. Even the mobster at the lower end of the hierarchy who sees, on average, his return at 5.6 per cent is experiencing a higher return on his extra year of education than another Italian immigrant or an immigrant from another country.”