Lecturers at Waterford IT vote for industrial action over merger plan 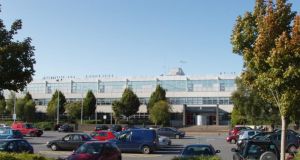 Lecturers at Waterford Institute of Technology (WIT) have voted overwhelmingly in favour of industrial action against a planned merger with IT Carlow under forthcoming legislation.

Lecturers at Waterford Institute of Technology (WIT) have voted overwhelmingly in favour of industrial action against a planned merger with IT Carlow.

Under forthcoming legislation, any institute of technology seeking designation as a technological university must first merge with another IT.

However, three branches of the Teachers’ Union of Ireland (TUI) have now voted separately against such “forced” mergers.

Earlier this month, lecturers at Cork IT and IT Tralee voted 92 per cent and 86 per cent respectively in favour of industrial action and they have been joined by staff at WIT where 94 per cent voted in favour.

TUI assistant general secretary Aidan Kenny said the industrial action would be sequential, starting with non-cooperation with technological university activities, progressing to a work-to-rule and ultimately leading to strike action if the merger plans were not changed.

WIT had intended to merge with IT Carlow under an application for technological university status but pulled out of talks late last year.

WIT chairman Dr Donie Ormonde since stepped down from his post and he has been followed by president Dr Ruaidhrí Neavyn, who has been seconded to an advisory post in the department of education.

Minister for Education Jan O’Sullivan is hoping the management shakeup, combined with a new consultation process in the south-east, will get the application back on track.

In a statement Thursday, the TUI said: “Lecturers believe that there is absolutely no academic rationale for forced mergers. The requirement to merge is part of the outdated cutbacks policy which seeks to make financial savings by the rationalisation of services, supports, provision and reductions in staff.”

It said the WIT branch considered “WIT should be given the opportunity to apply in its own right for university designation. The branch is also calling on the Government to urgently increase the funding to the institute and higher education sectors in general”.

The union added “for technological universities to function at university level, there will be a need for significant increases in the numbers of academic and research staff. This will require the Government to provide funding for the new technology university sector that is on par with the current funding for the universities”.