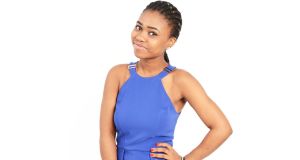 Tina Kisyombe, who came to Ireland from Malawi in 2015 and lives with her mother in direct provision. 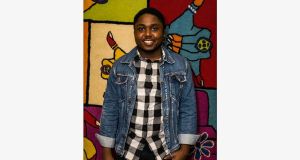 Amani Balemba, who is from the Democratic Republic of Congo and lives in a direct provision centre in the capital. 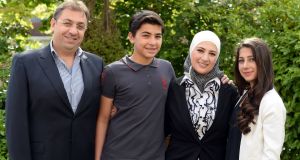 Kamar Naser (far right) with her family; because she has an Irish passport she can access free third level eduation but most Syrian refugees in Ireland must pay international fees. Photograph: Eric Luke

On Wednesday morning Amani Balemba joined his school friends from CBS Westland Row secondary school in Dublin to collect his Leaving Cert results. Unlike his peers, he will not be able to continue his studies at third level once the CAO points are released next week.

Balemba is from the Democratic Republic of Congo and lives in a direct provision centre in the capital. As an asylum seeker, he is not entitled to free third-level education and would have to pay international fees to continue his studies.

The 19-year-old student, who spoke very little English when he arrived in Ireland two years ago, says he is happy with his results but feels frustrated that after so much work, he must wait for refugee status before he can pursue scholarships to study at third level.

“It feels really bad. If you’ve got enough points you should have the chance to go to third level. I want to get my papers so I can apply for Susi (student grant).”

Despite the initial language barriers and “technical language” used in science subjects, Balemba hopes to study nursing in the future.

“I want to help people. I like to work with people and I’d love that kind of career.”

In the meantime, he has applied to study a Post Leaving Cert course in Dún Laoghaire in Nursing and Mental Health.

Tina Kisyombe was lucky enough to be awarded financial assistance from the Irish Refugee Council’s education fund which will help pay for her PLC course fees. The 17-year-old student, who came to Ireland from Malawi in 2015 and lives with her mother in direct provision, has applied to study pre-law at Dunboyne College of further education. She hopes to continue on to university to study law but is frustrated by having to wait for refugee status before applying.

“It’s going to delay me and it’s not fair. I won’t really have any options after I finished the course in Dunboyne. I feel so sad sometimes that my friends will be going on in education and I will be left behind.”

Kamar Naser arrived from Syria with her family in 2012 but is lucky enough to hold an Irish passport through her mother who was born in Ireland. Naser was delighted to discover she had scored 510 points in her Leaving Cert but is planning to get her papers rechecked in the hopes that she will reach the 530 mark needed to study nutrition.

Unlike Naser, who is entitled to free third level education through her Irish passport, most Syrian refugees in Ireland must pay international fees for university or college.

“Education is a right, not a privilege, so everybody should get it regardless of where they’re from,” says Naser.

“Syrians try very hard and education matters a lot to us. They should take that into consideration and provide free education to as many people as possible. Not just Syrians, anyone who seeks it.”