From holidaying in Magaluf to taking it easy at home, the students were happy to chill out after all the hard work while awaiting their results 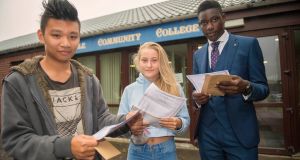 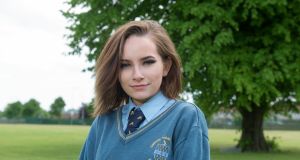 Sarah Struthers: “I am going to look at taking a year out” 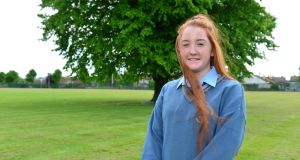 Rebecca Finn: “I got the grades I need” 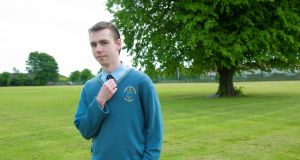 How was your summer? For most of the class of 2016 at Nagle Community College in Cork, it involved a little bit of partying and quite a lot of waiting.

Out of a class of 28, just over half headed off for a post-Leaving Cert holiday in Magaluf, a major – and somewhat notorious – Spanish party destination.

The holiday was a welcome respite during the two-month wait for the Leaving Cert results. It was set to last 11 days, but some of the students, including two of the diarists who wrote about their Leaving Cert exams for The Irish Times this year, cut it short.

We caught up with all six diarists to see how the summer went and to find out what was inside that results envelope.

So how was the holiday?

“It was alright,” says Roland Kamepko. “There was 16 of us from my year, boys and girls. Yes, there is a lot of drinking and a lot of fun, but it’s full-on. Too full-on. I enjoyed the first few days but got tired of it quite quick. There is a lot of pressure to drink and a lot of alcohol promotions, but drinking so much every night was just too much. So I decided to come home and left after seven days.”

Every year, thousands of students go on a post-Leaving Cert holiday, with Magaluf and nearby Santa Ponsa among the favoured spots. For most of them, it’s the first time they’ve ever been on holidays or away for any long period of time without being accountable to a parent or teacher. Magaluf has long been a resort of choice; it is, essentially, a boozy, rowdy party town by the beach where chips and kebabs are more common than paellas.

“The image of Magaluf is true to some extent, but I had a great time. Sun, the beach, partying and, most of all, being with my friends, made it all worthwhile. It was particularly special because it might be the last time we are all together. That said, I was a little bit homesick.”

Calvin Choy had planned to stay 11 days at the resort. “It’s a great place: it’s lovely at the beach in the morning, the pool in our hotel was amazing and I sunbathed every day. I didn’t find it too much but I didn’t go out every night; there are people though who party every night from midnight till 6am and then head on to the after-party, and that can be non-stop.”

Ultimately, he decided seven days was enough and jumped on an early flight with his friend Roland. But Calvin was to come home to a rather big and nasty surprise.

Our other three diarists had long ago decided to skip the Magaluf holiday. They all said they were glad they didn’t go. After an intense few years of study, Seán Flanagan was glad to have a quiet, relaxing summer and he’s due to start work in a local supermarket soon. Sarah Struthers got a summer job as a childminder. Aoife O’Neill enjoyed her freedom from study and spent time with her friends and family – she’s looking forward to her own post-Leaving Cert holiday when she spends Christmas in Lanzarote later this year.

Most of the diarists from Nagle Community College, a Deis school (designated as disadvantaged) were reasonably happy with their results. But, in many ways, the summer holidays were a prelude to the day last week when they got their results.

“When I opened the envelope, I was just very happy that I hadn’t failed English,” he says. “I improved in every subject from my pres [pre-Leaving Cert exams or ‘mocks’], apart from Irish.”

Calvin should have got his first choice – computer science in UCC – as he was eligible under the HEAR scheme which provides extra support to students from disadvantaged backgrounds.

Heartbreakingly though, he realised too late that he had sent in the wrong documents and lodged his appeal too late. Luckily, all worked out well in the end: “I was offered my second choice, arts in UCC. I can still study computer science and I’ll also be able to study a European language.”

Roland Kamepko, with 485 CAO points, had one of the highest scores in his year. “I stayed calm as I opened it, then quickly totted up my points and saw that I have enough for my number one course choice: biomedical engineering at CIT.

“The offer came in and I have accepted it. I was really happy to get a B in Irish; I wasn’t expecting it. On the other hand, I am fluent in French and was expecting an A1, so was a bit let down with an A2. I’m really looking forward to college now.”

Sarah Struthers didn’t get what she wanted, but looked look back over two of her scripts and considered appeals. “I did think that I had done better and fell short of the points I need for software development in CIT but, in hindsight, I’m not sure it would have been the right course for me.

“I am going to look at taking a year out, then applying to do law studies at the College of Commerce (a local PLC course provider); from there, I could go on to UCC.”

Aoife O’Neill, who always seemed the busiest of the six diarists (read: always running off to meet friends or go to a class and thus harder to pin down for an interview) is dancing. She needed six passes to be accepted onto a PLC dance course at Coláiste Stiofáin Naofa and managed a B, 5 Cs and a D. Now, she hopes to use the course as a springboard to a degree course in dance at a university in Leicester. “I’m really looking forward to this and am excited about learning new things,” she says.

When we last spoke to Seán Flanagan, he said the exams reflected the work he put in, but he didn’t know whether he would have enough points for his first level-eight option, biochemistry in UCC, so he was already exploring other avenues.

“I went to the school with my best friend and we opened our results together. I just felt relief that it’s over now. I’m looking forward to college and the lifestyle changes that will come with it.”

The last word goes to Rebecca Finn, who marked her results by a night out with many of her classmates, including Aoife.

“I got the grades I need to get onto the College of Commerce’s pre-nursing course, so I was very happy. I hadn’t expected to get as many points either, and had prepared myself to fail maths and geography; luckily I didn’t. But I have just found out that I can’t start a university midwifery course until I’m 23. So, despite getting the results I wanted, my plans have changed.

“To what? I don’t know yet. I’m hoping that, when the dust settles, my options will become clearer.”