Irish teachers need to be upskilled to catch up with Asia, says OECD education chief

Plan to reform junior cycle ‘could tremendously strengthen the profession’ 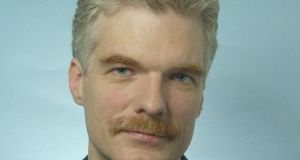 In contrast, countries such as Singapore which have risen up the Pisa education rankings create “an environment where the profession owns its practice” and where teachers are continually upskilling.

Standardisation
“It’s an organisation characterised by compliance, standardisation, everyone working in similar ways.

“A professional work organisation is characterised by diverse careers, teachers contributing to the professional body, and working not only your own improvement but the improvement of your colleagues. That is not the approach I would see in Ireland in terms of professional development.”

Dr Schleicher, a German policy analyst who was in Dublin for a round of meetings with officials, also expressed support for Minister for Education Ruairí Quinn’s Junior cycle reforms, saying “it could tremendously strengthen the profession”.

In an interview with The Irish Times, he said the reforms would “put a lot more responsibility on teachers on the front line, and that is something our evidence would support”.

“As a teacher you will not understand how students learn until you are really good at marking their outcomes.”