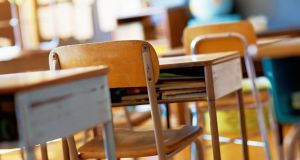 Key features of the 2018 Leaving Cert

The results of the 2018 Leaving Cert indicate an increase in the number and percentage of students opting for higher level papers. This trend is driven in part by the movement downwards from 40 to 30 per cent of what constitutes a failure in the eyes of third-level colleges, and many students have responded to this change by opting to study higher level subjects.

Mathematics has seen a dramatic increase in the numbers taking higher level since the 25 bonus points for those securing a minimum of 40 per cent was introduced. Some 16,837 students sat the paper this year, up from 16,394 in 2017. The percentage of students studying the subject at higher level is now 31.5 per cent, up from 30 per cent last year.

Data shows that 92.3 per cent of those who sat this paper (15,540 individual students) secured a H6 or higher, thus adding an additional 25 bonus points to their overall CAO points score. This amounts to 388,500 additional CAO points, and is bound to be reflected in the points required to achieve a place in popular courses.

The negative aspect of the maths story is that the overall number failing to secure a H8 at higher level or a O7 or O8 at ordinary or foundation level stands at 3,785 or 7 per cent of all those taking maths. The failure rate at ordinary level remains high at a little under 10 per cent.

Continuing a trend evident since the oral component of Irish was increased to 40 per cent some years ago, the numbers taking the subject at higher level increased this year by 278 to 22,400.

The percentage of those studying higher level Irish has now increased to 48 per cent of the overall number, an increase of 2 per cent since 2017. The number of students securing an H1-5 remains remarkably high at 88.2 per cent.

Comparing the overall numbers sitting Irish with maths indicates that approximately 6,286 or 11.5 per cent of those sitting the Leaving Cert did not study Irish. The majority of those will have secured an exemption based on a disability or having entered the Irish education system from abroad after their 11th birthday.

The Leaving Cert Vocational Programme continues to lose numbers due to the withdrawal of a specific extra staffing allocation following the 2009 economic crisis. The numbers taking the programme in 2018 were down to 13,368, a drop of 12 per cent over the past five years.

Repeating the Leaving Cert is no longer the popular option it once was for those who have not done as well as they had hoped. The numbers doing so have now dropped below 1,000 to 907, down from 2,448 seven years ago. The numbers of students sitting their Leaving Cert in grinds schools remained relatively constant at 2,556 in 2018, almost identical to the numbers who did so five years ago.

The changing profile of the student populations in our schools following the expansion of the EU into eastern Europe in 2004 is reflected in those taking non-traditional languages. In 2018 1,461 students did so, of whom over 47 per cent or 687 sat Polish. Lithuanian and Romanian were far behind on 156 (10 per cent) and 267 (18 per cent) respectively.

This will please the Government promoting Ireland as an attractive location to locate cutting edge STEM-based industries. History, French, art, construction studies and religion saw a drop in the numbers taking the subject at higher level.

There was controversy in June over Question 9 on the accounting paper which left many students stumped, as it had not appeared for many years, and some teachers had not dealt with it in class. The numbers of higher accounting students to secure a H4 or higher dropped in 2018 to 63.4 per cent, down 8 per cent since 2017 when it stood at 71.3 per cent.