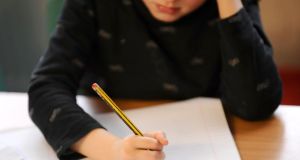 Support hours for children with special educational needs are being reduced by 10 per cent due to an increase in demand, the National Council for Special Education announced today.

The level of resource teachers and special needs assistants at primary and post primary level will be maintained at last year’s capped levels for the 2013/2104 period, the council said.

The reduction in hours represents a 25 per cent cut on 2010/2011, meaning a child receiving an hour support per day in 2010 would see this reduced to 45 minutes.

“The level of SNAs and resource teaching post has not been cut,” Teresa Griffin chief executive of the council said today.

“We still have exactly the same number of resource and special needs posts to allocate,” she said. “At a time when there are real cuts in almost every other area of the public service, to be asked to do more with the same and not with less is a significant of the Government commitment to special education.”

She acknowledged the growing number of school children was a factor in the increased entitlement to support but it may also reflect people being more aware of special needs and of the availability of resources.

The council wants schools to use careful planning and team teaching to maximise the teaching hours and “minimise the impact of this adjustment on individual students”, she said.

The Irish National Teachers’ Organisation strongly condemned the cuts , describing them as “savage”. The union said the Department of Education and the council were “attempting to hide the extent of cutbacks” from parents.

“Given the increase in special needs children, in real terms this is a significant cutback in resource support for special needs,” the union said.

The cut in hours is a “ significant policy failure that will have long-term implications,” general secretary Sheila Nunan said. She accused the Government of breaking its commitment to “support mainstream education”.

The Joint Managerial Body, which represents secondary schools, said the situation was totally unacceptable. “Pupils with low incidence special educational needs, such as autism, will receive only 75 per cent of the hours recommended in an assessment of the child’s needs by an educational psychologist,” Ferdia Kelly said in a statement, adding that such a child would receive 41.25 less hours next year than in 2010/2011.

The body expressed “grave concern” at the further erosion of supports for the most vulnerable young people. “If the policy in this country is to support and integrate young people with special educational needs attending mainstream schools, then it is the view of the JMB that the young person and school must be properly resourced,” Mr Kelly said.

Enda McGorman of the Irish Primary Principals’ Network said there was a “sense of bewilderment” in primary schools, where principals are “stunned” at the level of the cuts. “These are the children who have already been hit year upon year upon year with cuts” in health services, he told RTÉ Radio.

The Special Needs Parents Association described it as a “direct attack” on the educational provisions that are essential for children struggling through mainstream.

“What we are creating is a bigger problem down the line for future governments and budgets when we pursue such shortsighted cuts,” association chairwoman Lorraine Dempsey said.

The Association of Secondary Teachers Ireland said the reduction in supports for the third year in a row is “unacceptable”.

Minister for Education Ruairi Quinn said the Government had maintained its investment in special education “in the face of severe economic difficulties”.

Because financial and staffing constraints did not allow an increase in posts it was necessary to “adjust individual allocations” so that resources were “distributed equitably”, he said.

Mr Quinn asked the council to establish a working group to revise the way learning support is allocated to target schools and children who need them most.

Fianna Fáil has described children with special needs as an “easy target” for the Government. The cuts were not taking place in isolation with changes to the domiciliary care allowance resulting in “hundreds of children with severe intellectual disabilities suddenly losing their allowance”, Fianna Fáil education spokesman Charlie McConalogue said.

Special education represents some 15 per cent per cent of the Department of Education budget at €1.3bn. The total budget includes salary costs of €900m.

The council also announced today that it has begun work on policy advice for the Minister for Education on children with autism spectrum disorder. Mr Quinn asked the council to develop a policy last week. It has commissioned research from the University of Manchester to look at what is happening internationally. This will be completed next autumn.