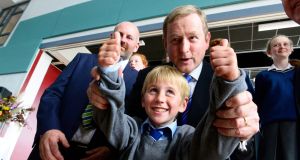 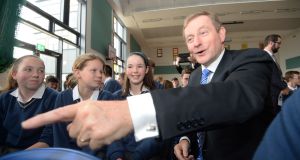 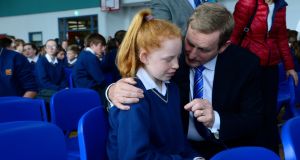 The first voluntary Church of Ireland secondary school to be established since the foundation of the State has been officially opened by Taoiseach Enda Kenny.

While Temple Carrig School in Greystones, Co Wicklow operates under the patronage of a minority faith, the school management say its provides education to the entire community.

Just 20 per cent of students are from a Church of Ireland background, while the majority are Roman Catholic (60 per cent). The remainder are from a variety of different faiths and beliefs.

Gareth Fennell, chair of Temple Carrig’s board of management, said the school was bucking a wider trend of a move away from denominational education.

“Here is a brand new faith-based school, run by a minority religion which is catering for the educational requirements of a diverse and broad community,” he said.

“Much of the current debate around patronage in Irish education is very polarised and fails to recognise that diversity and tolerance comes in many shapes and ways.

“Indeed schools under Church of Ireland patronage have been models for inclusive multi-denominational education for decades..”

Speaking at the official launch on Friday, Mr Kenny said the diversity of the school was to be welcomed and its co-location with two other schools - a gaelscoil and an Educate Together school, was a model for others to follow.

He also urged students to “dream big dreams” and that any career was possible if they believed and worked hard enough.

Archbishop of Dublin Dr Michael Jackson said while the school was faith-based, it ethos was one of “generous pluralism”.

“It comes as a surprise to many, but this has ever been the Church of Ireland way,” he said.

“It is always our concern to see that a school under Church of Ireland patronage is open and inclusive,” he said.

“Even in a school so new and so carefully thought through – in terms of philosophy, geography and architecture – we are already under intense pressure simply because of size, not out of a wilful desire for exclusion, to deliver this ethic and this altruism.”

The school made national headlines earlier this year when it judicially reviewed a decision by An Bord Pleanála to grant planning permission for a drive-through McDonalds directly across the road from the school.

The fast-food restaurant subsequently dropped its plans to open in the area.

Teachers say the school has embraced new approaches to education and learning, with iPads used by all pupils and teachers for their daily work. The school has showed considerable promise in a range of sports such as rugby, hockey and GAA.