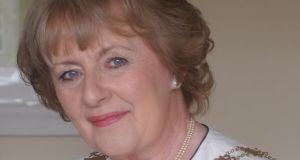 Irish National Teachers Organisation president Emma Dineen: “A teacher with 32 pupils in a classroom cannot find time to teach 11 subjects to every child in a child-friendly way, and still evaluate their progress.” File photograph: Twitter

The education system is failing to realise the vision of the 1916 leaders, Irish National Teachers Organisation president Emma Dineen said on the opening day of the union’s conference in Wexford.

Patrick Pearse and Thomas McDonagh were educational visionaries who believed in nurturing the gifts of children, but their ideals are impossible to realise until large class sizes and teacher workload is tackled, she said.

She called on the next government to take action on these issues and to reduce the pupil-teacher ratio to the European average of 20:1 over the next five years.

“A teacher with 32 pupils in a classroom cannot find time to teach 11 subjects to every child in a child-friendly way, and still evaluate their progress,” she said.

“At the same time, we also expect teachers to deal with increasing societal problems such as family break-up and parent addiction. This is the norm for many of our teachers, who kept the child’s welfare at the centre but at great cost to their own welfare.”

Emma Dineen, INTO Pres - our greatest asset is the calibre of teacher the profession attracts -#INTOCongress16

The INTO president said pay increments delivered under the Lansdowne Road Agreement would deliver an extra €3,330 into the pockets of teachers over the lifetime of the agreement, but that teachers should be awarded further salary increases.

Ms Dineen added it is deeply unfair that newly qualified teachers are paid less money for doing the same job as their colleagues, and that the INTO would fight to restore pay equality.

She said the new government must “fully comprehend that the multiplicity of pay rates for the same work is untenable... it’s a regressive concept that leads to disharmony in the workplace.”

If it continues, she warned, young people are more likely to exercise other career options, leading to severe staff shortages as Ireland’s schoolgoing population expands in the coming years.

Ms Dineen said teachers, especially younger teachers, have virtually no prospect of promotion as long as the moratorium on promotions to middle management stays in place, while school principals cannot be expected to implement a raft of new initiatives from the Department of Education without the staff to do so.

She said this is why primary school teachers recently voted to stop all participation in school self-evaluation.

Ms King said it was not extraordinary for teachers to hope for career progression through promotional prospects, and that this was “not a public sector gravy train, but a normal and healthy activity”.

Ms King said the programme of austerity measures imposed during the recession had led to 140,000 children living in consistent poverty. Teachers, more than workers in other sectors, were witnessing the effects of inequality in their classrooms, as corporate profits and chief executive salaries soared, she claimed.