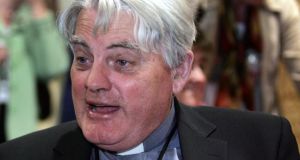 Abbot of Glenstal Abbey Mark Patrick Hederman: “In Ireland at any rate, the child is the very last item in the pecking order.” Photo: Eric Luke / The Irish Times

The education system is at risk of becoming enslaved “to the imperative of economic growth”, the Abbot of Glenstal Abbey has said in a biting critique of educational stakeholders.

In a speech to be delivered at the Institute of Guidance Counsellors (IGC) annual meeting on Friday, Mark Patrick Hederman says: “Education leaders are being short-sighted in their efforts to stay economically competitive.”

And he criticises not only politicians but also teacher unions for paying lip-service to children’s interests.

“Education should be child centred. Again we hear this cliché mouthed everywhere and we read it in every education document ever written. But as it is, in Ireland at any rate, the child is the very last item in the pecking order.

“We are overloaded with bureaucracy: Government ministers, departments of education, teachers’ trade unions, fill up three quarters of the picture. The amount of negativity around this narrative is numbing.

“When the adults have finished quarrelling and negotiating we turn to the topic of what they are meant to be there for in the first place.

“In the meantime the children grow up, one year at a time, for every year the ‘authorities’ spend shoring up a model that is out of date, and producing finished products unable to cope with the complexities of the world they have inherited, and out of touch with the reality of who they are in themselves.”

Weighting up the merits of the new junior cycle syllabus, the Benedictine monk and author says he favours Ireland taking its own course rather than obsessing over international norms.

“I see the main advantage opened up by the junior cert reform as the taking back to ourselves - rather than government dictated policy - in the schools responsibility for the first four years of schooling.”

In his address, he also questions whether children are being overdiagnosed with Attention Deficit Hyperactivity Disorder, and suggests we explore instead why “we are boring them to tears”.

He says “I am not saying that such a condition [ADHD]does not exist... What I am questioning is the ease with which we identify and prescribe; the hysteria which claims that a whole generation is diseased.”

On the issue of market forces, he says: “The education system presently in place in Ireland is potentially a weapon of mass destruction where imagination is concerned.”

Citing Padraig Pearse’s famous essay on The Murder Machine, he said “We refuse to listen to the poets who tell us that facts are important only to those who have never really lived. We have neglected the three-ringed circus of the imagination where children’s flights of fancy are given free rein...

“Just because some multinational company is offering payment for a number of jobs to be done does not mean that our children’s prospects should be tailored to meet this requirement.”

IGC president Betty McLaughlin is to address the conference in Waterford on Saturday when she will call for a reversal of cuts in guidance counselling in schools.

The withdrawal of “the broad, skilled and specialised range of supports that we offer” to vulnerable students had led to “inevitable tragic results”, she said.