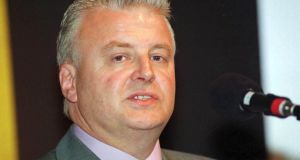 Fears over education budget cuts will occupy delegates today at the first congress of the newly formed Education and Training Boards Ireland. If cuts come, it will make it more difficult to deliver on the boards’ primary remit to rebuild Ireland’s skills base, according to the boards’ representative body.

The Education and Training Boards – operating under Solas, the new further education and training authority – have taken over the role of the Vocational Education Committees and also in the coming months the training and education provided by Fás.

Solas and the boards came into being in July. “It represents the most profound structural overhaul of the further education system since the 1930s,” said Michael Moriarty, the general secretary of Education and Training Boards Ireland, the representative body for the huge further education sector.

“The name has changed but there is a huge amount of integration under way to create a single structure,” he said.

The 16 new boards were formed by statute and are taking on a staggering range of higher education activities. They will provide education for 100,000 second-level students through former VECs and Fás, and the boards are also the patrons of 258 secondary schools, Mr Moriarty said.

The boards have their own colleges, for example Ballyfermot, Dún Laoghaire and Larkin colleges. They deliver adult training involving about 250,000 and also run night courses across the country. “The boards have quite a broad remit,” he said.

This presents a challenge if the Department of Education and Skills imposes cuts in the October budget. Cuts as high as €100 million have been mooted but no final decision has been taken.

So while the congress programme includes sessions on workforce deployment and professional development of teachers, a key talking point will be the risk of cuts and their impact.

Mr Moriarty added: “The Minister has targeted further education and training as a key way to rebuild Ireland’s skills base, but we cannot be starved of resources.”