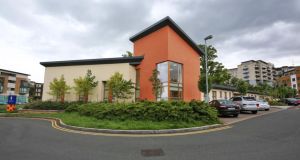 The three crèches that are expected to feature in an RTÉ Primetime programme on childcare are each part of substantial business ventures.

The Giraffe group of 21 crèches is owned by Giraffe Childcare, an unlimited company with an address on Carysfort Avenue, Blackrock, Co Dublin. Unlimited companies do not publish accounts and do not have limited liability.

The group’s crèche in Stepaside, Co Dublin, is among those expected to feature in the RTÉ programme.

The company was incorporated in 2000. All but one of its shares are owned by an Isle of Man company called Yokota, with the other share being owned by an Irish trust company called Sanpel Ltd. The directors of Giraffe Childcare are Simon Dowling, Tony Kilduff, Mary Ann McCormack, Tony McCormack, and Siobhan Moore, and they are all directors of other companies including Yokota.

Mr Kilduff is a well-known business figure. The latest annual return for Giraffe shows he is a director of the Mater and Cappagh National Orthopaedic hospitals and 64 other companies including property and investment and technology companies in Ireland, the UK, Canada, England, Luxembourg, Denmark, France and Germany.

The other directors are each directors of eight or nine companies, many of which Mr Kilduff is also a director of.

In 2009 the business received a government grant of €280,000, according to the accounts.The directors were paid €329,479. The business employed an average of 392 staff, including three directors, and staff costs were €8.16 million.

Links Childcare was founded in 2004 by Deirdre Kelly and operates ten crèches in Dublin. Abridged accounts for Links Creche and Montessori Ltd for the year to the end of October 2012, show it had accumulated profits at the end of the period of €1.69 million. No profit figure for the year is given.

The directors of the company are Padraig and Deirdre Kelly, with an address in Malahide, Co Dublin. They and Gillian, Nicola and Edward Kelly, all with the same address, are the shareholders. Padraig and Deirdre Kelly are also directors of The Links Creche Southside Ltd and The Links Childcare Ltd, companies incorporated in 2011 and 2013 respectively, as well as P Kelly Delicatessen Ltd and P Kelly Motors Ltd.

The Links crèche in Abington, Malahide, was visited by Primetime as part of its filming for the intended programme. So too was The Little Harvard in Rathnew, Co Wicklow. Little Harvard Childcare Ltd had accumulated profits of €324,194 at the end of 2010, according to abridged accounts for that year. At the end of the previous year the figure was €19,987. No actual profit figure for the year is given in the accounts. The company is owned by directors Regina McGovern and James Hargrave, who received €469,474 in rent from the company in 2010 (€624,310 in 2009). Little Harvard has crèches in Rathnew, Leixlip, Rathfarnham, Bray and Blanchardstown.