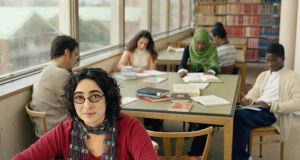 The survey of almost 1,200 academics was carried out for the report “Creating a Supportive Working Environment for Academics in Higher Education”. Photograph: Getty Images

College lecturers are spending longer hours on “pastoral” work due to the increasing number of students entering third-level with complex needs, including language difficulties and a lack of basic writing skills.

That’s one of the findings of a major survey of academics in universities at Institutes of Technology (IoTs) published today.

Almost three quarters (73 per cent) of academics surveyed said student diversity had increased since they had started working in higher education.

“Students who were recruited onto courses with lower points than in previous years required support with basic skills,” the study found.

“An increasing number of students coming from abroad with language levels not appropriate to the programmes to which they were recruited was also viewed as a new challenge” – all of which “increased the pastoral aspect of academics’ work”.

The survey of almost 1,200 academics was carried out for the report “Creating a Supportive Working Environment for Academics in Higher Education”, which was commissioned by the Irish Federation of University Teachers (IFUT) and the Teachers’ Union of Ireland (TUI).

Another IoT lecturer says: “I hate to be that blunt but that is what it has gotten down to, it’s all about money. We have brought students in from outside of Europe that cannot speak English and basically staff are being told pass them.”

The report calls on higher education institutions to “make specific and public commitments to the teaching role of academics,” proposes “appropriate supports” for research, and advocates “a culture of academic collegiality” supported by management consultation.

The addition of two extra “flex hours” in teaching contracts at IoTs – boosting the number of weekly class contact hours to 18 – is a major source of grievance in the TUI, which has recommended rejection of the Lansdowne Road pay deal.

As well as pointing to low morale at third-level, the report paints a worrying picture of the research environment in universities and IoTs.

In the university sector, teaching hours ranged from 172-216 hours, while in IoTs it reached as high as 560 hours. This excludes time spent on curriculum development, preparation work and assessment.