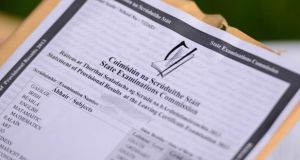 Students living in direct provision have been unable to accept places on college courses because of prohibitive fees.

The Government has been accused of abandoning young asylum seekers by not providing them with free third-level education similar to that offered to Irish students.

The Department of Education has said plans to abolish college fees for asylum seekers are being “finalised” but will exclude students who have lived in Ireland for less than five years.

Asylum-seeking students are treated as international students and have to pay full fees, meaning many teenagers who have completed their Leaving Cert over recent years have not been able to progress on to college.

The Government has faced renewed calls this week to provide financial assistance to students living in direct provision who wish to enrol in college after a Ukrainian girl achieved 575 points in her exams.

Anna Kern came to Ireland in 2013 with her mother and hopes to study physiotherapy at the Royal College of Surgeons in Dublin but fears she will be unable to do so because of the prohibitive fees.

Ms Kern’s principal, Marion Cummins of Coláiste Nano Nagle in Limerick city, criticised the Government for failing to provide a bridge between second and third level for students living in direct provision.

“We take them into our schools, we embrace them, we teach them, we give them the best of Irish education – and then at the end we abandon them,” she said to Newstalk radio.

Minister for Education Jan O’Sullivan in April announced young asylum seekers would be entitled to access third level education in the same way as Irish students under proposals being drawn up by the Government.

She said the high fees were an obstacle in the career paths of asylum seekers. “I am determined this will change from September 2015 for students who have spent five years or more in the Irish education system,” she said.

But the five year period will mean that students such as Ms Kern would still be prevented from entering third level. Instead they would have to wait until the five years have passed or until their asylum application had been approved.

Irish Refugee Council chief executive Sue Conlan said asylum seekers are consequently left in the position of not knowing whether to accept or decline their CAO offers.

Ms Conlon said the refugee council operated an education fund for 17 to 27-year-olds that was focused on continuing education but she said it is insufficient to handle demand for third level fees.

She also said that interest in third level education and further education is increasing as the number of asylum seekers in Ireland increases.

About 140 asylum seekers in Ireland are aged between 13 and 17 years. A working group established by the Government last year to review the asylum system recommended extending financial support for third level education to students who have lived in Ireland for five years or more.

A Department of Education spokeswoman on Thursday said details of the plan are currently being finalised. “It is the Minister’s intention to implement a scheme closely aligned to that which was recommended in the Expert Group report which included a five-year period,” she said.

Sinn Féin Senator Trevor Ó Clochartaigh said: “I strongly criticise the government for allowing a system to propagate where someone who achieves as highly as Anna would be barred from attending college due to a lack of support.”

Ms Kerns has met Ms O’Sullivan in recent weeks to discuss her education prospects and the pair are due to meet again on Friday.