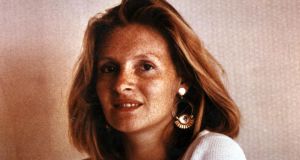 Sophie Toscan du Plantier has expressed his disappointment at the news that the Irish authorities have postponed permission for a planned visit by a team of French detectives investigating the killing.

Alain Spilliaert, who acts for Toscan du Plantier’s parents, Georges and Marguerite Bouniol, said he believed it was discourteous of the Irish authorities to cancel the planned visit by French detectives at the last moment but hoped the delay was temporary and brief.

“It’s a lack of courtesy to indicate at the last minute to the French investigators that they cannot now come to Ireland – we understood they were to come two weeks ago, but now it appears it has been postponed again which is not helpful to our case,” he said.

The Department of Justice previously agreed to a request under the Criminal Justice Mutual Assistance Act 2008 to allow French investigators come to Ireland. A team of detectives spent a week interviewing some 30 witnesses in west Cork in October 2011.

After that initial deferral, the French had hoped to come before Christmas but the visit has been repeatedly deferred, including on one occasion due to matters arising in France. Garda sources have indicated to The Irish Times that the latest delay stems from matters in Ireland.

The Department of Justice has confirmed that the planned visit by French detectives to interview and re-interview up to 30 witnesses was currently under review, due to “the exceptional circumstances which have arisen in relation to this case”.

Mr Bailey was twice arrested for questioning about the 1996 murder of Ms Toscan du Plantier but has denied any involvement in her death. In April his solicitor Frank Buttimer wrote to both the minister for justice and to the Garda requesting an end to co-operation with the French.

Mr Buttimer said the French investigation was based on a flawed Garda investigation into the killing and as a result the Irish authorities should end their assistance to the French. He warned he would seek a High Court injunction to secure the termination of such assistance.

“I cannot imagine the Irish authorities would be scared or swayed by the threat of such legal action,” he said. “I think it’s more likely to be related to the setting up of a commission of inquiry into the issue of the recording of phone calls in Garda stations.

“We believe the French criminal investigation should be done parallel to and at the same time as the Fennelly Commission – we do not see any need to delay the French visit.