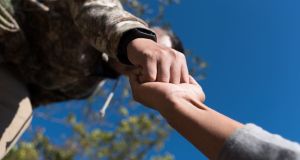 Alan Sayers, spokesman for mountain rescue team, said it was “very good news” and meant the team would be fully operational within 48 hours , after an audit of the equipment and a health and safety check was carried out. Image: iStock

The team had warned that lives were being put at risk following the theft of €3,500 worth of equipment, much of it new, from their base in the centre of Sligo on Good Friday.

The volunteers were carrying out an inspection of the recovered items at lunchtime this Friday but were hopeful that it would pass all health and safety checks.

Gardaí have confirmed that two men were arrested following the seizure of the mountaineering equipment in a house in Sligo town. It is understood the property is close to the mountain rescue team’s base.

The two men who were arrested are being held at Ballymote Garda station.

Alan Sayers, spokesman for mountain rescue team, said it was “very good news” and meant the team would be fully operational within 48 hours , after an audit of the equipment and a health and safety check was carried out.

He explained that because much of the stolen items had been purchased recently, it was still in the original packaging and the team was hopeful it was fully intact.

Mr Sayers said it was “pure luck” that the team did not have a call out since Good Friday “as the bank holiday weekend is traditionally very busy on the mountains”. He said the publicity generated by the robbery probably meant that the items which included torches, backpacks, buoyancy aids and jackets, would have been difficult to offload.

“We were on tenterhooks as the loss of the equipment would have left us in personal danger “ he said.

He added that contingency plans had been made under the auspices of Mountain Rescue Ireland for any emergency situation.

The team expressed its gratitude to people around the country who had donated money this week to help them replace the stolen items and to fund the cost of upgrading security at the depot.

“We will be offering people their money back but this shows the goodness of human nature” Ms Sayers said. He estimated that €4,000 had been donated.

The mountain rescue team also praised “the diligent work of our friends at An Garda Síochána, Sligo”. They also thanked the public for the “overwhelming” support.