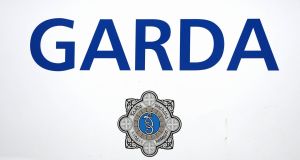 Three men are due in court charged in connection with a large-scale burglary ring. Photograph: Frank Miller/The Irish Times.

Three men have been arrested after gardaí in seized what they believe to be the proceeds of a large number of burglaries throughout the country in a warehouse in Co Meath.

Gardaí from the Organised Crime Unit carried out a search of an industrial unit in Batterstown yesterday afternoon.

A spokesman said it was part of an ongoing operation into the activities of organised crime gangs involved in “large scale country wide theft, burglaries, and other criminal enterprises”.

“A large number of items, believed to be the proceeds of burglaries countywide, were recovered at the scene including 18 plasma televisions, numerous laptops, games consoles, builders equipment, cameras, mobile phones, and a large amount of jewellery.

“In addition two motorcycles that are believed to be stolen, were recovered,” the spokesman said.

Three men - two in their 20s and one in his 30s were arrested at the scene.

They were taken to Trim and Navan Garda stations where they were held under the provisions of section 4 of the Criminal Justice Act 1984.

All three are due before Navan District Court this evening.