Suspect identified over supply of drugs to Ana Hick 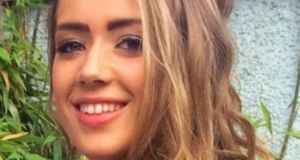 Ana Hick: Gardaí believe a man known to her and her friends had been supplying drugs to some of them since last year

Gardaí investigating the suspected drugs death of Ana Hick believe they have identified a man who had been selling drugs to the teenager and some of those in her social circle. News of the rapid progress in the inquiry comes as Ms Hick’s family and friends were preparing for her funeral Mass at the Church of the Assumption in Dalkey on Wednesday morning.

A number of young women known to Ms Hick have been spoken to by the investigation team. Detectives from Store Street station, where the inquiry is based, are said to be very satisfied with the level of information supplied.

They believe a man known to Ms Hick and her friends had been supplying drugs to some of them since last year and that Ms Hick had taken a form of ecstasy tablet just before she died.

While the results of toxicology tests are required before the exact cause of her death can be established, the case is being treated by gardaí as a drugs death.

Ms Hick, from Dalkey, who would have turned 19 on Tuesday, collapsed on Middle Abbey Street in the early hours of Saturday and died in the Mater hospital on Sunday evening.

The teenager had been out with friends at the Twisted Pepper nightclub before she became unwell. An ambulance was called and took her to the Mater.

Ms Hick was nearing the end of a six-month course on acting for camera at the Irish Film Academy in Temple Bar at the time of her death.

She had graduated from Loreto College in Dalkey last year and was hoping to develop a career as an actor.

The Twisted Pepper released a statement saying it was working with the authorities on the case. “Everyone at the Twisted Pepper is deeply saddened and devastated at the news of the sad passing of Ana Hick. Our thoughts and prayers are with Ana’s family and friends at this tragic time. We are working closely with the authorities and, out of respect for Ana and her family, we cannot comment further at this time.”