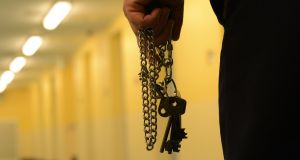 The Government’s failure to allow prisons, Garda stations and other places of detention to be inspected by the United Nations has become a source of national embarrassment, a senior UN official has said.

Prof Malcolm Evans, whose work focuses on preventing torture and degrading treatment, expressed frustration at the fact the Government has repeatedly promised but failed to ratify a system of independent international inspections.

He said at the last universal periodic review of the human rights records of all 193 UN member states in 2011, Ireland’s failure to sign up to the UN’s anti-torture protocol (Opcat) was openly criticised, even by some countries in the developing world with very poor human rights records.

“The first country to tell Ireland to hurry up and get on with it was Cambodia, ” said Prof Evans, chairman of the UN’s subcommittee on the prevention of torture.

“It really doesn’t do Ireland any political favours not to be a party to what is now one of the two premier global instruments focusing on combating torture and ill treatment.”

He said it was about trying to ensure there were “effective and transparent oversight mechanisms concerning the way people are treated in custody”.

The protocol had been committed to “in very, very many countries with great effectiveness” and was now “overdue” in the Republic.

“I appreciate the debate that is taking place in Ireland about how it’s done, but such debates do need to come to a conclusion and they do then need to result in something happening,” he said.

“It almost verges, to be blunt, on the embarrassing. Ireland signed the Opcat protocol back in 2007.

“It has yet to get around to ratifying it . . . I’m very well aware that a lot of people do feel that it is somewhat strange that Ireland is finding it so much more problematic than some many other countries who have been able to do this.”

Of 38 European countries, Ireland was one of only four that had not ratified it.

Prof Evans said some would reach the conclusion the justice authorities in Ireland had an issue with transparency and accountability but he still hoped for the implementation of the protocol.

The Opcat protocol was adopted by the UN General Assembly in 2002 and came into force in 2006.

It provides for the UN and national bodies to make unannounced visits to all places of detention including prisons, police stations and psychiatric hospitals and to report on what they find.

The bodies have the power to examine the facilities and interview staff and detainees in confidence as part of the inspection process.

The protocol also creates an obligation on State’s to create a similar body at national level.

Both would inspect at any time any facility in Ireland where people were denied their liberty.