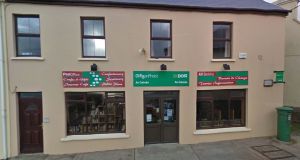 Chief Superintendent Con Cadogan said information from the public, including tourists from mainland Europe, led to the arrests of two of the suspects.

The two suspects were arrested following the ramming of a garda car which left two officers in hospital. Gardaí are are still searching for a possible third raider.

Chief Supt Cadogan said once the 999 call came through on Wednesday, text alerts were sent by gardaí seeking information on a particular vehicle. When the suspects changed vehicle another alert was sent and within a short space of time calls began coming in.

“The alert went viral through Facebook and Twitter. There was a knock-on effect from the texts through social media,” he told RTÉ’s Morning Ireland. “We are very grateful to everyone who helped and to local radio station Radio Kerry. That was a huge help. The ‘Golden Hour’ after an incident is very important.”

The robbery took place at a post office in Waterville shortly after 11am on Wednesday when two armed raiders smashed the security glass with an iron bar and threatened the two female staff on duty with a handgun before making off with an amount of cash.

They were seen leaving the scene in a 99 Ford Ka in the direction of Cahersiveen and Killarney. The car was later found abandoned and burned out behind a public house on the outskirts of the village after the gang exchanged cars and drove off in a 03 D registered navy coloured Mazda.

Armed detectives from Killarney were manning a checkpoint at Beaufort on the Ballaghisheen road when the navy Mazda approached at speed and failed to heed calls to stop. The Mazda rammed the unmarked patrol car a number of times and the raiders pointed a handgun at the two officers.

The two officers in the car, male and female detectives in their 30s, managed to get out of the car and fired three warning shots at the raiders who sped off. The car which was later found abandoned and burnt out a short distance away.

Gardaí arrested two suspects in their 30s and from Killarney. They were taken to Tralee and Killarney Garda stations for questioning where they remained on Thursday.

The two garda detectives injured in the incident were discharged from hospital late on Wednesday night with soft tissue injuries.

The Beaufort area in south Kerry remained in lockdown on Thursday morning with more than 30 gardaí involved in the investigation which includes a search for evidence of items of post stolen during the raid at the post office in An Coireán.

Siobhán Sheehan, who lives with her husband and children in the remote Kilgobnet area, told Radio Kerry how she first became aware of what was happening when she began to receive texts and calls about the robbery. She said the robbers crashed the car they were driving out the back of her house and added that she heard shots.

“The children had been watching videos, the curtains were closed. Within seconds of it happening I got a call. It was surreal. This is a remote area you would never think that something like this would happen.”

Ms Sheehan told her children to move away from the windows when she heard the crash.

“I tried not to alarm them but they heard me repeating what was being said to me on the phone. They were asking - who’s outside. Who’s got guns?”

Within minutes, Ms Sheehan said she began receiving texts asking if everyone was sage and how close the crash was.

Her husband praised the gardaí for their speed and the manner in which they carried out their work.

“When you see the gardaí and what they have to do it is amazing. After they fired shots they will have to do up a lot of reports and give reasons, but the robbers won’t have to do any of that.”

Thursday’s search for a possible third suspect will concentrate on the Beaufort area. Chief Supt Cadogan has called on the public to search their premises and lands for anything that may have been dumped by the raiders and to check CCTV footage.

He cautioned members of the public not to approach anyone themselves, but to phone Killarney Garda station on 064 667 1167.

Gardaí have also appealed for the public’s help in tracking the movements of two cars involved in Wednesday’s armed robbery.

They have called for information on a Blue Ford Ka 99 D 84126 and Navy Blue Mazda 6 03 D 8947. Both cars were burned out by the raiders after they abandoned them.