Brother of protester says case probably relates to a 2012 offence 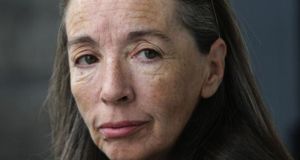 Maura Harrington faces 10 days in prison following her arrest over refusing to pay a fine.

Shell to Sea campaigner Maura Harrington has been arrested on foot of a warrant for the non-payment of a €300 court fine.

Ms Harrington, a spokesperson for the protest group, was arrested on Friday afternoon in Mayo and transported by gardaí to the Dochas women’s prison in Dublin where she is to serve a ten day sentence.

Speaking to the Irish Times, her brother Sean Harrington said he believes the offence which led to the imposition of the fine would have been a protest action at the Corrib plant in or around 2012, possibly using her car to block access to the facility.

“We were involved in so many different skirmishes, a lot of people ended up in court and there were a lot of spurious and nebulous charges,” he said.

“She doesn’t get phased by these things anymore. She was arrested on her way from a funeral before.”

Ms Harrington has previously been imprisoned for protest actions over the Shell to Sea Campaign. On Friday, she was placed in custody by gardaí outside a Bank of Ireland branch in Mayo and quickly brought to Dublin.

Gardaí confirmed a woman had been taken into custody on foot of an outstanding warrant.

“It seems quite incredible the guards would go and arrest Maura Harrington for actions that are now years old,” he said.

“The idea that Maura Harrington should spend time in prison is quite outrageous.”