Senator to table motion calling for register of judges’ interests 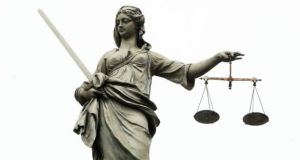 Proposals for the introduction of a register of interests for judges is to be debated in the Seanad this autumn.

Independent Senator Victor Boyhan has said he will table a motion calling for the introduction of a register to “foster a culture of openness and transparency”, as well as confidence, in the judiciary.

County councillors and members of Dáil Éireann and Seanad Éireann make annual returns and must comply with a register of interests, declaring property and business interests including directorships and share ownership.

At present, there is no such register for judges. When they take office, judges promise to execute their office “without fear or favour, affection or ill-will towards any man”.

The Association of Judges of Ireland has said, not only must judges be impartial, but they must do everything they can to ensure that they are perceived as such.

Last year, Chief Justice Mrs Justice Susan Denham recommended the establishment of a judicial council – first suggested by the Committee on Judicial Conduct and Ethics in 2000.

This would develop a code of conduct for judges, as well as oversee and support their training and develop a complaint structure for litigants.

He called for a consultation process to begin with the judiciary on the establishment of a register of interests for judges. “I, personally, would be uncomfortable if a judge was a member of a Masonic lodge, for example, or other secret society, and I think that should be declared, as should shares in financial institutions,” he said.

Mr Boyhan said, in the UK, judges have been found to have conflicts of interest in some cases.