Quinn Jnr to sell home after judge rejects US$75,000 offer

Sean Quinn Junior agrees to pay half share to IBRC 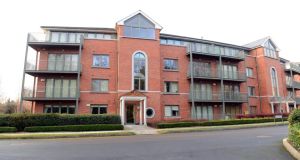 Sean Quinn Junior is to sell his Dublin home, described as his only owned asset, in a bid to finally purge his contempt of court orders after a High Court judge today rejected as inadequate his alternative offer of a US$75,000 payment.

Arrangements for the sale of the home shared by Mr Quinn and his wife Karen Woods at Alder Lodge, Castleknock, will now be made and the court will be updated on progress in October.

The property is valued about €400,000 and Mr Quinn is offering to pay to IBRC his half share of the sale proceeds.

Miss Justice Elizabeth Dunne stressed she accepted Mr Quinn was making efforts to purge his contempt but she considered his US$75,000 offer inadequate, as the contempt ruling arose from a finding he participated in a US$500,000 payment to the general director of Quinn Properties Ukraine, Larissa Puga, on the eve of Irish Bank Resolution Corporation’s takeover of QPU.

Last July, the judge jailed Mr Quinn for three months for contempt. His father Sean Quinn later served a nine week prison term for contempt but a warrant remains unexecuted for the arrest of his cousin Peter Darragh Quinn to serve a three month term because he remains at his home in Northern Ireland.

The contempt proceedings came before the judge several times since during which Mr Quinn Jnr indicated he was anxious to purge his contempt.

Today, Martin Hayden SC, for Sean Quinn Jnr, said his client was offering a US$75,000 payment, to be funded by his father in law Pat Woods, representing the value of the 15 per cent interest held by a Quinn company in QPU.

Mr Quinn had also flown to Moscow to get statements of bank accounts held there by himself and other Quinn family members and set out statements of his assets and been cross-examined about those, counsel said.

Shane Murphy SC, for IBRC, said the US$75,000 offer involved a “rowing back” on Mr Quinn’s ealier offer to sell his home to address his contempt. The proposal was analagous to “Russian dolls” becoming ever smaller, he said.

Mr Hayden said the US$75,000 offer was not a rowing back but arose due to the proposed sale of the Leonardo Building in Kiev, owned by QPU.

After the judge said she considered the US$75,000 offer inadequate, Mr Hayden asked for time to take instructions and, afetr doign so, said Mr Quinn, with his wife’s consent, was prepared to sell their home.

Mr Murphy said the bank considered Mr Quinn was making efforts and it would consent to an adjournment to facilitate the sale.

The judge said that seemed sensible and added there may be “another source” of purging the contempt. She appreciated Mr Quinn was “the only person” trying to address the contempt issues but, while she considered him co-operative, believed he could go further than the US$75,000.

When Mr Hayden asked would she consider the house sale proposal as a final purging of the contempt, the judge said she would address that after the sale.

Her aim was to secure the undoing of the wrong done via payment of a significant amount to replace what was taken as a result of the actions of Mr Quinn and others, she said. She did not want to keep Mr Quinn before the court forever and, meaning it in the “nicest possible way”, would be “delighted to see the back of him”.

While he had indicated willingness to purge his contempt, “I just want to see action on that”.

Sean Quinn Senior has indicated he will abide by whatever orders the court makes in the matter but had some concerns about proposals advanced by the bank. There was no appearance again today by Peter Darragh Quinn.