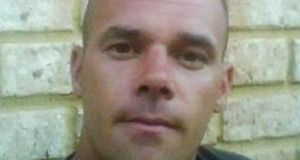 David Greene who was fatally injured in an assault in Melbourne last year. Photograph: PA

The pre-sentencing hearing for Luke Wentholt, the man who murdered Irishman David Greene during a party in Melbourne in August last year, was held in the Victorian Supreme Court today.

Mr Greene’s parents, Aidan and Catherine Greene, from Cabinteely in Dublin, read out emotional victim impact statements in the court today detailing how their lives had been turned upside down since their son’s murder.

“Davie was my middle son and the kindest person you could ever meet. Never in my wildest nightmare did I ever think someone could do this to my beautiful Davie,” Mrs Greene said as Wentholt (31) dressed in a dark suit and with a pair of rosary beads draped around his neck, bowed his head in the dock.

“He was like my best friend, always called me ‘Catherine’, never ‘mam’.

“Your children are your life, that’s what keeps you going. Davie’s gone and some other human being has done this to him. I just can’t get my head around it.

‘‘I pray each day that Davie understands I couldn’t save him as a mother, it was out of my control.’’

Mrs Greene said she could not imagine being happy again.

Mr Greene’s father, Aidan, told the court he would always feel guilty for loaning him the money to come to Australia.

He said he could not describe the pain of losing his son but it was like ‘‘a sick emptiness’’.

‘‘I pray to you and my maker that the anger I feel sometimes doesn’t consume my life.

‘‘Cabinteely is not the same without you.

‘‘I thought having a broken heart was only a myth.’’

Outside court, Mrs Green said Wentholt had ‘‘ruined a lot of lives’’.

‘‘I’ll never forgive him for what he’s done. He’s taken away my beautiful son.’’

The couple said they had refused to read Wentholt’s letter of apology.

Wentholt has pleaded guilty to the murder of Mr Greene (30) and one count of recklessly causing serious injury to another Irish backpacker, David Byas, from Dun Laoghaire, Co Dublin.

Wentholt, who had been drinking beer, vodka and whiskey and smoking cannabis, had been showing-off karate and ju-jitsu moves before repeatedly stomping on the heads of Mr Greene and Mr Byas at the St Kilda boarding house on August 26th last year.

Mr Greene died in The Alfred hospital on September 7th.

It had been about 1am on August 26th when Wentholt told Mr Greene he wanted to speak to him outside. Mr Greene had been joking with Wentholt’s then girlfriend, Shayla Pullen, during the party about walking in on her days earlier when she was naked in Wentholt’s bed.

Ms Pullen, in her police statement, said: ‘‘There was blood everywhere.’’

She yelled “What the f**k are you doing?” to the bare-chested and barefooted Wentholt when she saw him stomp on Mr Greene’s head.

Mr Byas, who was in an induced coma for five days before spending more than six weeks in hospital after the attack, is expected to make a full recovery and has returned to Ireland.

In his victim impact statement read to the court, Mr Byas (28) said he had travelled to Australia six months before the murder with ‘‘such amazing expectations’’.

‘‘So many people I know went before me and always came back with amazing stories and incredible memories,’’ he said.

‘‘Unfortunately now when I think of Australia, I just think of evil, heartbreak and sorrow.’’

Close friend Lisa Murphy, in her victim impact statement, said she never imagined her trip to Australia would lead to depression, anxiety, insomnia, flashbacks and a total lack of self-confidence.

‘‘I can’t find words to explain what it was like to have your closest person be so sick in ICU (intensive care unit). We were alone thousands of miles from home, I felt so scared and helpless.

‘‘I am so angry and sad he didn’t make it back home to see family and friends. It’s every backpacker’s worst fear, every parent’s hell.’’

Defence lawyer Tony Trood said Wentholt had been affected by alcohol on the night and was remorseful for what he had done.

Mr Trood said Wentholt, who had a long criminal record, was now meditating every day in prison to help give him an insight into his feelings of anger.

In 2009, Wentholt was sentenced to 3 1/2 years’ jail for beating and robbing a 44-year-old sex worker after she refused to give money back to him. He had completed his sentence and was not on parole when he murdered Mr Greene.

Justice Forrest will sentence Wentholt on a day yet to be fixed.

Mr Greene, a bricklayer, had travelled to Australia in January 2011 for work and spent some time in Perth before moving to Melbourne in January last year where he became manager at the Lynedoch Avenue boarding house.

His parents and their two other sons were by his bedside when his life support machine was turned off at 8pm on September 6th. He died at 3.05am the next day.