Judge rules men have case to answer over activity in organisation 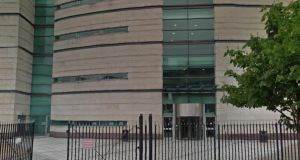 A Belfast judge has decided that two men, Padraic Wilson and Sean Hughes, must face trial on a number of charges relating to alleged IRA membership and activity.

Judge Sherrard rejected a defence application that the men should not face a number of alleged IRA charges.

They face two charges that on dates in 2005 the two men addressed meetings with the purpose of encouraging support for a banned organisation, the IRA. They also face charges of IRA membership.

Mr Wilson from Hamill Park, Andersonstown in west Belfast was not in court and will be formally arraigned next Tuesday.

Mr Hughes from Aghavadoyle in south Armagh was arraigned and pleaded not guilty to the charges. Both Mr Wilson and Mr Hughes are on bail.