Only one in 10 new Garda cars ‘high-powered’ 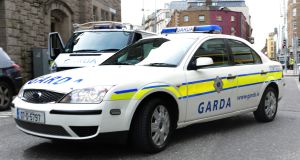 Some 54 per cent of all Garda vehicles are now more than three years old. Photograph: Brenda Fitzsimons/The Irish Times

Only one in 10 of the 260 new Garda vehicles promised by the Government will be high-powered and none will be specifically allocated to the fight against highly mobile gangs carrying out crimes in rural areas, it has emerged.

Specialist units within the Garda will instead be given the vehicles to replace existing cars that must be taken out of service because they have reached their safe mileage limit.

Reliable sources said while the unveiling of €5.3 million for Garda vehicles by Minister for Justice Frances Fitzgerald yesterday had been billed as additional resourcing, the money for the high-powered vehicle component of the announcement was revealed last month.

And the total order for the 260 vehicles was placed three months ago after a protracted procurement process.

One senior source said “less than 30” of the new vehicles would be high-powered models and that these would go to the emergency response unit, regional support units and anti-terrorism special detective unit for a wide range of police work.

The high-powered cars will be Audi Q7 4x4s and BMW 5 Series saloon and estate cars.

And while Ms Fitzgerald said the “new investment” in the Garda fleet would enhance the force’s capacity to fight serious crime – from organised and mobile gangs to public order flashpoints – senior Garda sources have revealed the current state of neglect of the existing fleet, including:

54 per cent of all Garda vehicles are now more than three years old.

€700,000 to purchase the high-powered Garda vehicles promised by Ms Fitzgerald had been included in a press release from her department on September 29th.

Only one-third of Garda vehicles are less than two years old.

Speaking about the €5.3 million in funding, Ms Fitzgerald said: “[It is] proof positive of this Government’s determination to ensure that the gardaí have all the necessary tools at their disposal to tackle the scourge of highly-mobile criminal gangs and to disrupt crime, particularly burglaries, across both rural and urban communities.”

Chronic need However, the Garda Representative Association (GRA) said its members were now expected to be “really grateful for having the basic tools” for policing work.

Vice president Ciaran O’Neill said while the Government had invested in vehicles and was continuing to do so, there was a chronic need for that investment to even maintain the fleet at current numbers.

Out of service “The cars we’ve gotten so far are standard family cars with Garda lights and radios; these are not specially fitted out policing vehicles,” said Mr O’Neill.

“They are replacing the cars that have been on the go 24-7 for years now and simply have to be put out of service.

“We are talking about replacing [vehicles] that reached 200,000km on the clock and would have gone out of service then but for the safety limit being increased to 300,000km.”