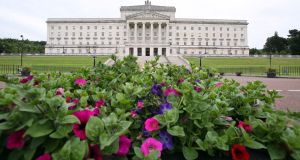 The Court of Appeal has overturned a landmark verdict that Northern Ireland’s near-blanket ban on abortions is incompatible with human rights legislation.

Senior judges in Belfast held on Monday that the socially and morally divisive issue of terminations should be dealt with by the Stormont Assembly rather than the judiciary.

Lord Justice Gillen said: “The imposition of personal opinions of professional judges in matters of this kind lacks constitutional legitimacy. “Courts should not make decisions freighted with the individual attitudes of the judiciary.”

But anticipating a further challenge to their ruling, the three-judge panel also took the highly unusual step of indicating they will grant leave to take the case to the Supreme Court in London.

Attorney General John Larkin QC and the Department of Justice were both appealing a groundbreaking finding that abortion laws in Northern Ireland on terminations is unlawful.

Unlike other parts of the UK, terminations are only legal within Northern Ireland to protect the woman’s life or if there is a risk of serious damage to her well-being.

In 2015 the High Court judge ruled the failure to provide abortions for cases of fatal foetal abnormalities (FFAs) and to victims of rape or incest breaches private and family life entitlements under Article 8 of the European Convention on Human Rights (ECHR).

In a case brought by the Northern Ireland Human Rights Commission, a judge also made a formal declaration that the legislation is incompatible with the UK’s obligations under the Human Rights Act.

Legal action began after the department launched a public consultation on amending the criminal law. That process concluded with a recommendation for new legislation dealing with cases of FFA.

But with no proposed changes covering pregnancies resulting from sexual crime, the commission insisted the consultation did not go far enough. It was also seeking to have terminations legalised in cases of serious foetal malformation.

During the legal battle arguments were made on behalf of Sarah Ewart - a woman from Northern Ireland who travelled to England for an abortion after learning her unborn baby had no chance of survival.

The court heard claims that the almost complete ban is inhuman and discriminatory. Counsel for the commission insisted Mrs Ewart is a victim and argued that the court needs to step in to protect those in her position or teenage victims of family rape.

She also claimed there was hypocrisy in the case because the vast majority of women who find themselves in similar situations travel to the UK to have abortions. But the Attorney General argued that only those who carry out rapes leading to pregnancies should face the consequences.

He contended that it would be wrong to punish the child for those who commit the “appalling” crimes. In front of a packed courtroom, Lord Chief Justice Sir Declan Morgan, Lord Justice Gillen and Lord Justice Weatherup quashed the High Court declaration.

By a majority view they concluded that the court should not intervene, instead leaving it for the Assembly to decide on any changes to abortion laws.

The judges also rejected a cross-appeal mounted by the Commission in a bid to have the regime further declared in breach of Articles 3 and 14 of the ECHR prohibiting degrading treatment and discrimination.

Lord Justice Gillen stressed that the courts should be cautious about interfering in such a complex and controversial issue touching on social, moral and religious policies on which there is no consensus in Europe or within Northern Ireland.

“Such an issue require Parliament to be allowed a wide margin of judgment,” he said. Recognising his comments would provide no comfort to women in Mrs Ewart’s position, he added: “Whatever its defects in the eyes of some, or perhaps many, the current law provides a measure of certainty and legislative accountability. “I consider that a fair balance has been struck by the law as it presently stands until the legislature decides otherwise.”