‘No question’ of forced apology to judges over burglary comment 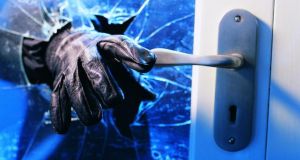 At a meeting of the Public Accounts Committee, Jimmy Martin, assistant secretary general at the Department of Justice, said “our perception is that the judiciary didn’t view burglary as a serious offence”. File photograph: Getty Images

The Department of Justice has said there was “no question whatsoever” of one of its senior officials being made to apologise for comments that judges did not take burglary seriously enough.

At a recent meeting of the Public Accounts Committee (PAC), Jimmy Martin, assistant secretary general at the department, said “our perception is that the judiciary didn’t view burglary as a serious offence”.

On Thursday, at the outset of the subsequent PAC meeting, Fine Gael deputy John Deasy expressed concerns at what he said was a “significant development”.

Responding to media reports that Mr Martin had written a letter of apology, Mr Deasy said it should be open to an official to make critical comments in a democracy.

“It’s transpired now that some pressure was put on that official to apologise for that remark and I actually think that that is quite a significant thing,” he said.

Mr Deasy added that forthcoming legislation dealing with the issue - the Criminal Justice (Burglary of Dwellings Bill) - placing bail restrictions on those accused of the offence supported Mr Martin’s views.

“It’s very clear to me that when you read that piece of legislation that there is a view within Justice that some judges are not taking the issue of burglary seriously and that’s why that legislation was drafted.”

He said there was no Constitutional bar on State officials criticising the judiciary, and said the question needed to be asked as to “why was he forced to actually write an apology to the president of the District Court?”

Labour deputy Joe Costello urged caution, saying efforts should be made to ascertain exactly what had happened.

A report on RTÉ earlier this month said Mr Martin had written a letter of apology which was circulated to judges.

He had told the PAC: “We had a particular difficulty with burglary where the evidence from the guards suggests there were a lot of burglars who were effectively professional criminals... they would be arrested by the guards, charged, released on bail, then commit more burglaries, and be released again, and I think there was one incident where it happened six or seven times in one month.”

However, the department took issue with the idea Mr Martin was made to apologise, saying instead he had “decided entirely of his own volition that it would be appropriate to clarify remarks”.

He did this “so that no misapprehension would arise that his remarks had been intended to be critical of members of the judiciary”.