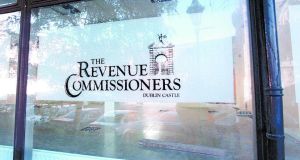 Current and retired company directors had by far the highest tax default bill, paying €68 million to the Revenue Commissioners in the five years between 2008 and 2012. Photograph: Joe St Leger

Monaghan, Wexford and Donegal have the highest per-capita number of tax defaulters, analysis of Revenue data over a five-year period has found.

Monaghan recorded the highest number of tax defaulters between the start of 2008 and the end of 2012, with 1.19 cases for every 1,000 adults living in the county.

This compared to a national average of just 0.55 cases per 1,000 adults over the period.

The county also paid the highest amount in tax interest and penalties at €314 per head of adult population within those five years.

Wexford and Donegal had the next highest number of tax default cases with 0.96 and 0.94 cases per 1,000 of their adult populations respectively.

Although Offaly had the second-highest average liability per adult at €252 per head, it ranked much lower when it came to the number of tax default cases per 1,000 population.

Huge tax settlement
This discrepancy is due to an €8.1 million tax settlement recorded in Offaly in 2008, the third-largest tax settlement ever recorded by the Revenue Commissioners and the largest settlement made in the five-year period between 2008 and 2012.

When this figure is omitted, the average tax default settlement per adult in Offaly falls to €106, below the national average of €116, leaving the county in 13th place in terms of the average liability nationally.

Worst-offending occupations
The analysis also showed that company directors, builders and farmers have made the largest settlements in the past five years, according to tax defaulter data published quarterly on the Revenue website.

Current and retired company directors had by far the highest tax default bill, paying €68 million to the Revenue Commissioners in the five years between 2008 and 2012.

The profession attracted 265 settlements in the period with an average payout of a quarter of a million euro.

Meanwhile, 118 builders and construction contractors paid liabilities of €30 million between them to the tax man in the same period, averaging out at €254,000.

Although a higher number of active and retired farmers made settlements with the Revenue Commissioners than builders, with 134 cases recorded over the five years, their average tax liability was smaller at just under €153,000 per individual.

A total of 45 property developers made settlements of €15.8 million to the Revenue, averaging €351,623 each, while landlords paid over €13.5 million in settlements with an average liability of just €205,000 each.

Publicans and restaurateurs also made the top 10, with settlements of €12.3 million and €11.4 million respectively.

However, these high tax bills can be put down to large individual settlements: there was a €7.6 million payment recorded by a concrete firm in Limerick and the aforementioned €8.1 million settlement made by a pipe and tile manufacturer in Offaly.

Solicitors rounded off the top 10 with liabilities of €7.7 million, or an average of €457,481 for each individual.

The figures do not include individuals who fell into two occupation brackets such as those who recorded their profession as farmer/property developer or publican/restaurateur.

The data was compiled using tax defaulter settlements published by the Revenue Commissioners between 2008 and 2012. This covered cases where the total settlement exceeded €12,700, €30,000 or €33,000 (depending on the period in which the tax liabilities arose).

Publishing criteria
Revenue does not publish details of settlements where the fine or other penalty does not exceed 15 per cent of the amount of tax or where the taxpayer has, in advance of any Revenue investigation, voluntarily furnished complete information relating to undisclosed tax liabilities.