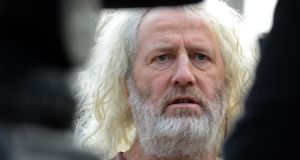 Independent TD Mick Wallace has welcomed a court ruling that former minister for justice Alan Shatter does not have standing to appeal a decision by the Date Protection Commissioner.

Mr Wallace said Judge Jacqueline Linnane made a good decision at the Circuit Civiol Court in Dublin on Wednesday morning but expected Mr Shatter to appeal.

“We feel it’s a good decision. We would expect the former minister to challenge it... and more than likely it will end up in the High Court,” he said.

A statement from Mr Shatter’s constituency office said the Dublin South TD is “considering the judgement delivered today by Judge Jacqueline Linnane. He will not be making any further comment at this time”.

Mr Wallace had complained to the Data Protection Commissioner after Mr Shatter in 2013 told RTE’s Prime Time that Mr Wallace had been cautioned by gardaí for using a mobile phone while driving.

The commissioner found Mr Shatter breached the Data Protection Act by disclosing the information on the television programme.

Mr Shatter appealed the decision, saying the commissioner had pre-judged his inquiry, but lawyers for the commissioner argued the only person entitled to take such action was the current Minister for Justice, Frances Fitzgerald.

In her judgment, Judge Jacqueline Linnane said those arguments were “well founded”, as Mr Shatter’s actions at the time had been carried out in his capacity as minister for justice.

Speaking to reporters outside Leinster House after the decision, Mr Wallace said Mr Shatter had pulled a political stroke by divulging details of his caution.

“We never felt that he had a good argument, it was felt that it was a political stroke on the night on Prime Time,” the Wexford TD said.

“ I was very surprised that the minister did what he did. It seemed a bit out of character at the time. I think the data commissioner though was very, very thorough in how he analysed the whole thing.”

Mr Shatter said he was surprised at how Judge Linnane went out of her way to stress the Data Protection Commissioner had performed his duties well.

In her ruling, the judge said the data commissioner “took into account the arguments put forward by Mr Shatter , fair procedures were followed and reasons given for the conclusion and decision reached”.