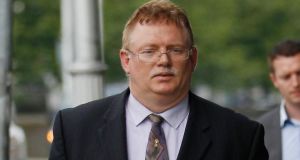 The Supreme Court has refused to permit two men to bring further appeals against the rejection of their separate legal challenges to the Yes result of the same-sex marriage referendum.

In written determinations issued yesterday on the men’s challenges to the same-sex referendum, the Supreme Court ruled that neither had met the requirements for a Supreme Court appeal as neither had raised the necessary legal point of general public importance, raised no points “of substance” and the interests of justice did not require they be given leave to appeal.

It said both men, who represented themselves, sought in separate challenges initiated on June 2nd to challenge a provisional referendum certificate.

The High Court refused leave on June 5th, the Court of Appeal upheld that decision on July 30th when dismissing both appeals against the High Court refusal and also lifted the stay on the issuing of final referendum certificate.

The men then had 28 days to seek leave to bring appeals to the Supreme Court and filed such applications on August 27th.

The State responded on September 2nd and the Supreme Court issued its written determinations after considering the legal documents.

The speed with which the various courts heard and decided the matter may reflect a determination to quickly dispose of referendum challenges considered to have no arguable legal basis.

These events highlighted the importance of seeking a stay and the “respect due to legal processes by other organs of the State” was also “relevant”.

While there were no adverse consequences in these cases as the Supreme Court was refusing leave to appeal, there could be “very serious adverse consequences” in certain cases if the court, after a final referendum certificate had been issued and the Constitution been amended, considered it was appropriate to grant leave.

The Supreme Court determinations were issued as the Marriage Equality Bill was before the Cabinet for approval.

The Government’s decision to proceed with bringing the Bill to Cabinet might reflect the widely held legal view that neither Mr Lyons nor Mr Walshe had established any grounds on which they might secure leave to appeal from the Supreme Court.

Mr Lyons’s petition was based on claims including that the “sovereign people” could not approve amendments that contradicted other provisions of the Constitution.

He also argued that those members of the electorate who failed to vote must be regarded as having voted No.

Mr Lyons, who describes himself as having an address in Callan, Co Kilkenny, but now “in refuge, c/o St Alexis” in Knock, Co Mayo, previously brought a number of other judicial review proceedings, all largely unsuccessful.

He was accompanied in the Court of Appeal by Roger Eldridge, executive director of the Family Rights and Responsibilities Institute of Ireland and chairman of the National Men’s Council of Ireland.

Mr Walshe had argued that there was an unlawful spend of public money on the Yes campaign via donations to charities and other organisations.

He had also argued that the Garda Representative Association was not entitled to advocate a Yes vote and that a St Valentine’s Day equality stamp issued by An Post had “subliminally” influenced voters.