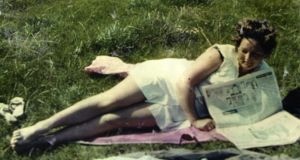 June 16th, 1997: Two burglars interviewed by gardaí claim they heard Dean Lyons implying he was involved in the killings.

July 26th, 1997: Dean Lyons interviewed about the killings, admits them both under questioning and is charged with Ms Callanan’s murder the following day with the expectation he would be charged at a later date with the killing of Ms Sheils.

August 15th, 1997: After persisting with his admission of guilt, Lyons told his lawyer in a prison visit that another man – whom he named – had killed the women when he was present.

August 16th, 1997: Mark Nash, then 24 years old, taken into custody for the murders of Catherine Doyle (28) and Carl Doyle (29) at Caran, Ballintober, Castlerea, Co Roscommon. On that same day he admitted the Grangegorman killings and signed an admission.

Sept, 1997: Nash formally withdraws his admission and sets out in great detail the arguments undermining it.

Oct 1997: A Garda review of the admissions by Dean Lyons and Mark Nash was established but was unable to recommend which one it believed.

April 1998: After a further Garda report and a review by a consultant psychiatrist, Dr Adrian Grounds, separately strongly question the Lyons admissions, the charges against him were dropped.

October 1999: After the DPP decided to charge Mark Nash the previous July, that decision was reversed.

March 2002: A Garda working group was established to examine the debacle.

February 2005: Garda apology to the Lyons family, who had never believed the admissions of their son.

February 2006: Commission of Investigation was established under George Birmingham SC after then minister for justice Michael McDowell had initially questioned the need for such an inquiry.

October 12th, 2009: Mark Nash, still serving life for the 1997 Doyle killings, is charged with the Grangegorman murders, some 12 years after they were committed.

March 2015: After years of legal challenges against his trial proceeding, Nash goes on trial.