Man threatens to bill wife for putting up her ‘disruptive’ mother

Mother-in-law came into marital bedroom in her underwear, family court is told 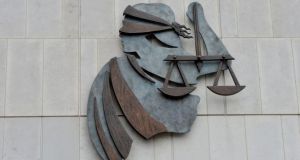 A man told his wife he would bill her for the costs of accommodating her “exceptionally difficult” and “disruptive” mother in the marital home, a court has heard.

The man told a family law court his 78-year-old mother-in-law broke a number of boundaries while staying at the marital home.

Documenting the instances, the man said his mother-in-law came into the marital bedroom in her underwear one Saturday morning when he was having a lie-in with his wife.

She re-arranged his socks, underwear and shirts in his wardrobe and came into the en-suite bathroom when he was drying himself after a shower. The man told the court: “For me, enough was enough.”

In evidence, the man said: “I cooked breakfast, lunch and dinner for her [his mother-in-law] non-stop. I make her favourite dish, sherry trifle, and she pours the extra bit of sherry in for herself.”

The court heard that the marriage between the couple “has irretrievably broken down” due to a financial issue and that the presence of the mother-in-law at the home has been a continuing source of tension over recent months.

In the case, the man’s wife was seeking a Safety Order against her husband but Judge Fiona Lydon said that it had not been proven that a Safety Order was required and dismissed the application.

The wife told the court that her husband told her that “I can expect from his solicitor a bill for my mother staying in the family house. However, I pay all the bills”.

One flashpoint was on Christmas night last when the man was watching a Tommy Fleming concert on television. He told the court: “I poured myself a glass of wine and at around 11.45pm, the mother just burst through the door and she was ranting about the television being on. I was highly offended — this woman was a guest in my house.”

The woman has been staying on with the couple off and on for a number of years and arrived at the marital home last June and remained there until recently.

The man said that he would have “no problem” if the woman came three or four times a year, spending three or four weeks at a time.

He said: “But the thing is she is a guest in my house. She cannot — I’m sorry — she cannot be allowed to raise her voice at me and tell me what I can watch and can’t watch on television.

“I am sorry — well, if she can do that, there then is something awfully wrong with our society.”

The man said that because of his mother-in-law’s “sulking behaviour, she is an exceptionally difficult woman”.

The court also heard that the man spent €900 on shrubs and plants and that his mother-in-law pulled up plants and shrubs that did not appeal to her and threw them into the bin.

His counsel told the court that his mother-in-law “has been causing so much trouble and strife and is so disruptive as a guest in a house”.

The man told the court his marriage was over after he felt that he had been “played” by his wife when he claimed she reneged on a commitment on the ownership of the marital home before he spent €100,000 renovating it.

This was rejected by the woman’s solicitor who said that she paid half the deposit for the home and has repaid all mortgage payments to date.

The man rejected allegations that he had threatened violence against his wife or is capable of violence. He said: “That’s nonsense. Absolute nonsense.”

The man said he looked after his wife very well. He said that anytime he would return home from overseas, he would buy his mother-in-law perfume while his wife “would get a €600 dress. She got a €12,500 engagement ring. This woman is spoiled”.

Counsel for the man said that there was not a shred of evidence that he has ever been violent towards his wife.

Counsel said: “Yes — he may use strong language and strong words such as ‘spoiled’, ‘played on’ and ‘in a bind’ — none of those words could ever come close to amounting to domestic violence as provided under the Domestic Violence Act.”

In evidence, the man said that he took photographs on his smart phone of his wife relaxing with a glass of wine with him watching the film Lethal Weapon in March of this year.

In her ruling, Judge Lydon said that she was mindful of this scene when dismissing the application for a Safety Order.

Judge Lydon said the wife in the case is obviously stressed due to the relationship breaking down and asked her husband “to treat her with the respect she is due”.