Man charged with online harassment of four journalists and writers

Brendan Doolin is remanded in custody for a week. 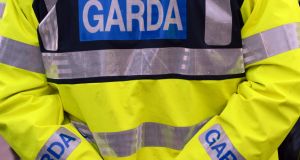 A 38-year-old Dublin man has been charged with online harassment of four journalists and writers.

Brendan Doolin, with an address at Leighlin, Road, Crumlin faces charges of harassment of the four women contrary to section 10 of the Non-Fatal Offences Against the Person Act 1997.

The offences are alleged to have taken place in various locations and on various dates in 2019.

Det Garda Paul Fitzpatrick gave evidence at the Dublin District Court of arrest charge and caution. He told the court Mr Doolin made no reply when charged.

Judge Flann Brennan remanded the accused in custody for a week.